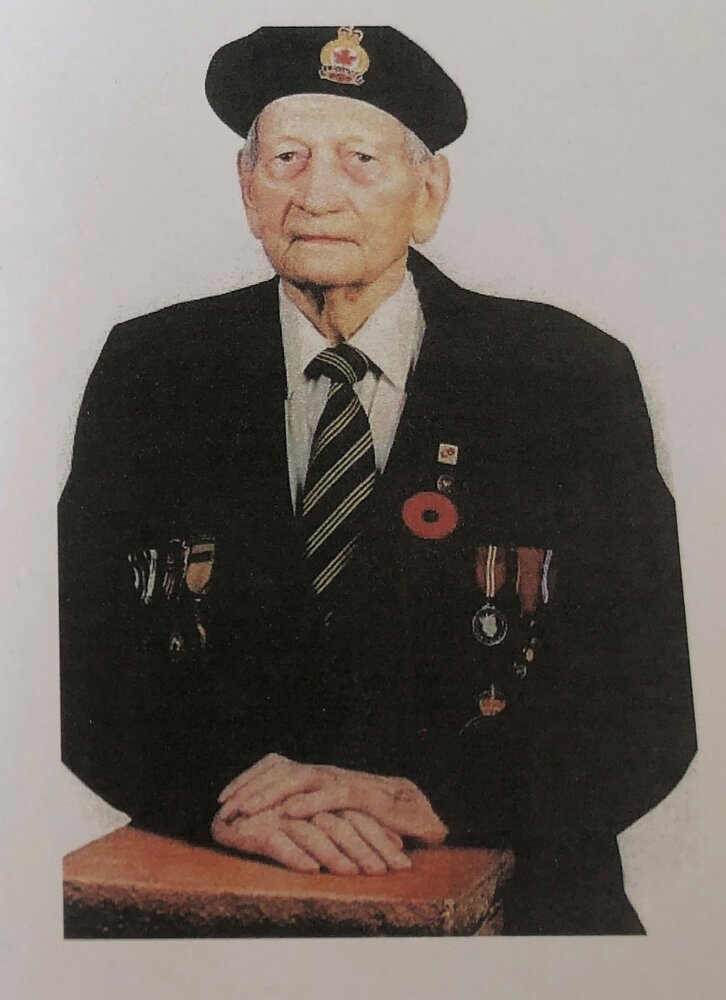 Born in 1925 to minor nobility near Lviv, then part of Poland, Leo’s dreams of becoming a lawyer evaporated with the 1939 war.  He was enslaved by the Nazis.  At war’s end, he met Veronica, from the Kiev area—enslaved on her 14th birthday-- in a Displaced Persons' (D.P.) camp in the American-controlled area in west Germany.

After moving through and working in nine D.P. camps, they emigrated to Canada in 1951 as indentured farm labourers on a two-year work contract.   Later, in St. Catharines, Ontario, he himself employed up to a dozen men, with Veronica as office manager, until his retirement in 1985.

Throughout his work life and on retirement, he devoted himself to leadership roles in the Polish Canadian Society, whose building he enlarged, the Polish Legion, Polish Credit Union, the church choir, soccer & volleyball clubs, Saturday Polish school, heritage, folk arts and dance activities, and group tours of Poland.  He bestowed honorary Polish-Canadian status on both former Prime Minister Joe Clark and former Governor-General Edward Schreyer, and lunched with Pope Paul V1. His voluntary services earned him many accolades, including from the city of St. Catharines, the Consul General of Poland  in 2001, a silver cross from Poland in 1982, and both the gold and diamond Queen’s Jubilee medals.

He was especially proud of having been the founder of the Paderewski Society Home, a 70-apartment retirement home and dream of local Polish-Canadians for over a century.

This remarkable hero wrote his memoirs at age 95. They are available online as Memoirs of Leopold Skorski and as Pamiętnik Leopolda Skórskiego.

The Family will received friends at the George Darte Funeral Home & Cremation Centre, 585 Carlton St., St. Catharines on Thursday, May 12th from 2-4 & 6-8pm. Funeral Liturgy for Leo will be Celebrated Friday, May 13 at 11am at Our Lady of Perpetual Help Roman Cathlic Church, 5 Oblate St. Interment Victoria Lawn Cemetery.

If so desired, donation made in Leo's memory to the charity of your choice would be appreciated by his family.

Share Your Memory of
Leopold
Upload Your Memory View All Memories
Be the first to upload a memory!
Share A Memory
Send Flowers
Plant a Tree