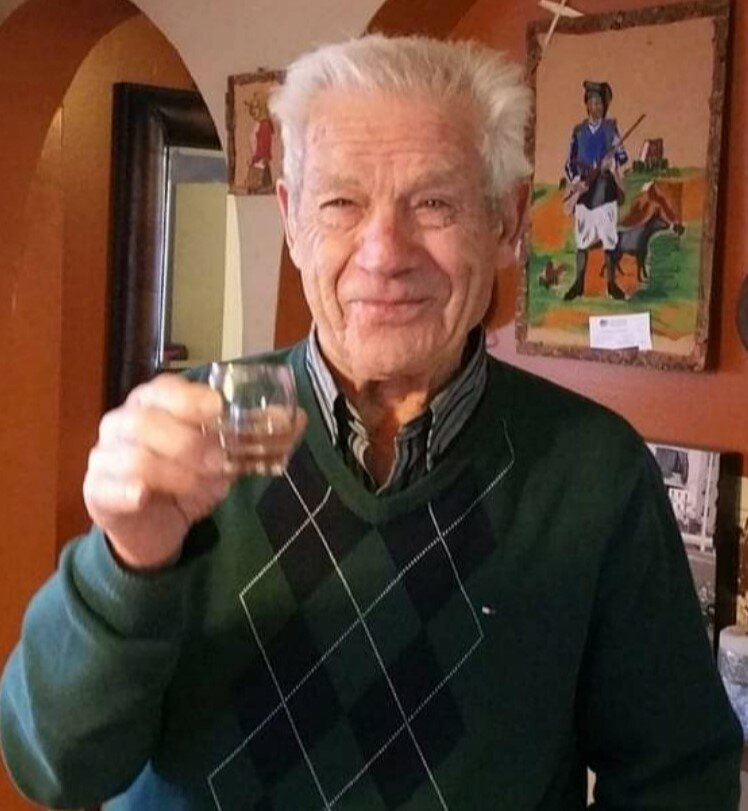 It is with profound sadness that we announce the passing of our great Lorenzo Falzoi in his 92nd year of life.  Nicknamed by his siblings and friends as “il Leone” aka “The Lion” for his tremendous strength.

It was Lorenzo's dying wish to experience the last days of his life in the comfort of his home of 50 years in Niagara-on-the-Lake. This wish was honoured with grace and dignity.

Lorenzo was a long time resident of the town of Niagara on the Lake, Ontario.

He was the son of the late Giovanna Antonia Chessa and the late Salvatore Falzoi.

Lorenzo was also the beloved uncle to many nieces and nephews.

Lorenzo was born on August 12th, 1930 in Ozieri, Sardegna Italy.  He immigrated to France in 1947 in search for work.  He became a coal miner for five years and became fluent in French.  He then immigrated to Canada, arriving in Quebec and found a job as a gold miner in Kirkland Lake.   Continuing in search for prosperity and expanding his love for languages, Lorenzo then moved to Toronto, learned to speak English and built a large successful painting company.  During this time, he fell in love with his first wife and became a loving and devoted father to two beautiful sons.  It was with great sadness when he lost his beloved Mariantonia at a very young age.  His suffering beloved wife asked a promise of her sister, Luisa, to please care for her sons upon her death.  It was then that Lorenzo asked his devoted sister-in-law if she would agree give up her successful career in Rome to marry him to be a loving mother to his two sons; her nephews.  In 1966 his daughter was born and then there were three great children that he and his second wife were so devoted to living their lives for them.  Lorenzo and Luisa moved to Niagara on the Lake in 1970 to continue to raise their children in the country and began a hobby farm while still working very hard with their business.  They became one of the pioneers in planting hybrid grapes; Italian Moscato, Cannonau and Malvazia grapes from Sardegna.  It made for great homemade wine that was shared by many friends and family.  He became more focused on his beautiful land and its bounty upon his and his wife’s retirement.  In the midst of all the years of sacrifice,  there was always time to entertain many family and friends on their farm with pig roasts, wine, and many homemade Sardinian dishes and Sardinian cookies.  In 2010, Lorenzo became widowed again.  He still continued to focus on keeping active and enjoying his accomplishments with his family and friends.  Lorenzo was an amazing, most generous and kind hearted gentleman.  He will be painfully missed by his family and all friends who loved being around him.  May he rest in peace in God’s loving hands in our Lord’s Kingdom. The family will be arranging a celebration of life in Lorenzo's honour on the feast day of St. Lorenzo, August 10th or on his birthday, August 10th. A special thank you to our very dear Dr. Luigi Ricciardi for his kindness and compassion, to all the personal care workers, nurses and to the West Lincoln Hospital for their dedication and support.

Visitation will take place on Friday, January 7, 2022 from 3-7pm at St. Thomas More Catholic Church, 6548 Dorchester Rd., Niagara Falls. A Funeral Mass will be held at the church at 9am on Saturday, January 8, 2022 with entombment to follow. Those wishing to attend the visitation or Mass must RSVP to George Darte Funeral Home at 905-937-4444 as capacity is limited. In lieu of flowers, donations to the Heart and Stroke Foundation or Wellspring Niagara would be appreciated.

Share Your Memory of
Lorenzo
Upload Your Memory View All Memories
Be the first to upload a memory!
Share A Memory
Send Flowers
Plant a Tree