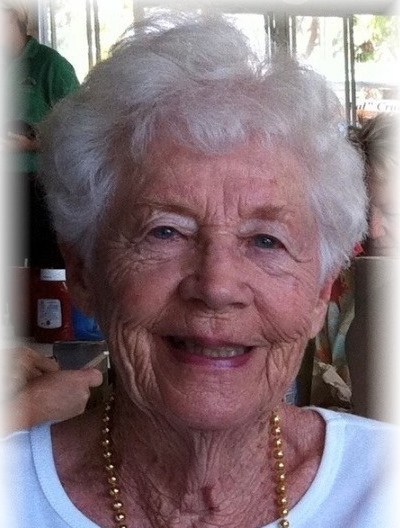 We announce the passing of a grand lady, Margaret Joi Jackson (nee Stonehouse) on Sunday, June 28, 2020, after 98 active years. Margaret was born May 11, 1922, daughter of Calvert and Lila Stonehouse, Wallaceburg, Ontario. Predeceased by brother Llewellyn and sister Bonnie. She was baptized in First Baptist Church, Wallaceburg, Ont. at age 12 and attended University of Toronto 1939 – 1944.  She graduated with honors BA in home economics and 1 year of post graduate in Commercial Dietetics. While at university she met the love of her life, Herb Jackson and they were married during the war. Herb graduated in Civil Engineering and joined Ontario Hydro. Over the next 25 years they moved to many of Hydro’s construction projects. Herb was tragically killed in an air-crash returning from a construction project in Churchill Falls, Labrador on Nov. 11, 1969. Margaret moved back to Port Elgin, Ont. with daughter, Meredith, while her sons, John and Peter continued university. She volunteered in her community, at the United Church, taught English to new Canadians, swam weekly with handicapped children in Owen Sound, served as regent of IODE. She enjoyed using her culinary skills entertaining family and friends, delighted in making hand-made baby quilts and knitting sweaters for grandchildren. Margaret was an avid golfer and bridge player. She traveled extensively, visiting many countries in Europe, South America, the Antarctica and enjoyed winters in Florida. When she moved to St. Catharines, Ont. she was an active member of First Grantham United Church, St. Catharines Golf and Country Club, University Women’s Club, particularly the Jaunter’s Group. Known as ‘Grandma’ J’, she will be sadly missed by her children John (Lynne), Peter (Nancy), Meredith (Terry) her 10 grandchildren and 18 great grandchildren. A celebration of a life well-lived will be held at a later date when Covid-19 restrictions are lifted. Contributions in her memory may be made to First Grantham United Church, St. Catharines, or to a charity of your choice.  All contributions are greatly appreciated.

Share Your Memory of
Margaret
Upload Your Memory View All Memories
Be the first to upload a memory!
Share A Memory
Plant a Tree