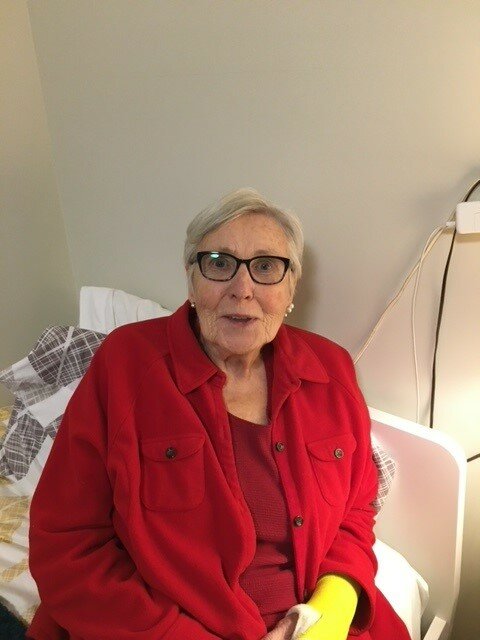 Arleen Bush died January 9, in her 81st year, of complications from secondary cancer, at the Hotel Dieu Shaver Hospital in St. Catharines, Ont.  She is survived by her brother, Trevor Dawe and his wife, Ursula, of Calgary, Alberta. She leaves her cousins, Debbie and Art van Walraven of Ayr, Ont., their daughter Aspen van Walraven; their daughter and son-in-law Kira van Walraven and Stuart Alp, and their daughter Ava Alp.  Arleen was predeceased by her partner of 33 years, Terrance Cox, in 2015. Arleen was born in Edmonton to Trevor and Bessie Dawe and worked as a psychiatric nurse in Red Deer, Alberta before moving to Toronto and subsequently to St. Catharines, where she attended Brock University, graduating as a special education teacher which became her life’s work until retirement. Her friends and relatives will miss her outrageous sense of humour which endeared her to many. At Arleen’s request, there will be no funeral and a celebration of her life will be held later this year. If so desired donations made to your  In honour of Arleen’s memory please feel free to chose a charity of your choice.

A Memorial Tree was planted for Arleen
We are deeply sorry for your loss ~ the staff at George Darte Funeral Chapel Inc.
Join in honoring their life - plant a memorial tree

Share Your Memory of
Arleen
Upload Your Memory View All Memories
Be the first to upload a memory!
Share A Memory
Plant a Tree