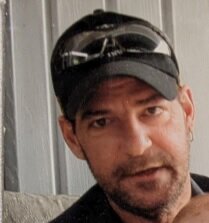 Bruce was born on April 14th, 1966 in St. Catharines, Ontario where he spent most of his years as a rowdy youth always getting into trouble with childhood friends Danny Hipwell, Steve Jablonski, Alan Geofrey, Donnie Dionne, and Mark Michaud. He was always smaller than everyone else and felt that he had to prove that he was capable of doing everything that his bigger friends could do, which he just about always did. Bruce completed 3 years of service in the Canadian Armed Forces in which he had many stories about jumping out of planes and braving the elements during field exercises. After coming home from the army, he worked at Foster Wheeler until their closure and also went into the trades as a carpenter. He learned a lot over the years and was a jack-of-all trades who had something to say about fixing just about everything that came up in conversation. This skillset landed him countless odd jobs that he would do as favours for people all over St. Catharines. Bruce, however rough around the edges he was, had a big heart, he was always looking out for people who needed help.
The Butterworth family would like to thank all of the hospital nurses and doctors for their excellent care and compassion.

A celebration of life will be held at the Butterworth home 355 Bunting Rd, St. Catharines on Sunday, January 29th between 2 and 4 PM.

Cremation arrangements have been entrusted with George Darte Funeral Home, 585 Carlton St., St. Catharines. A private burial will be at a later date. If desired, memorial donations may be made to Arthritis Society Canada.