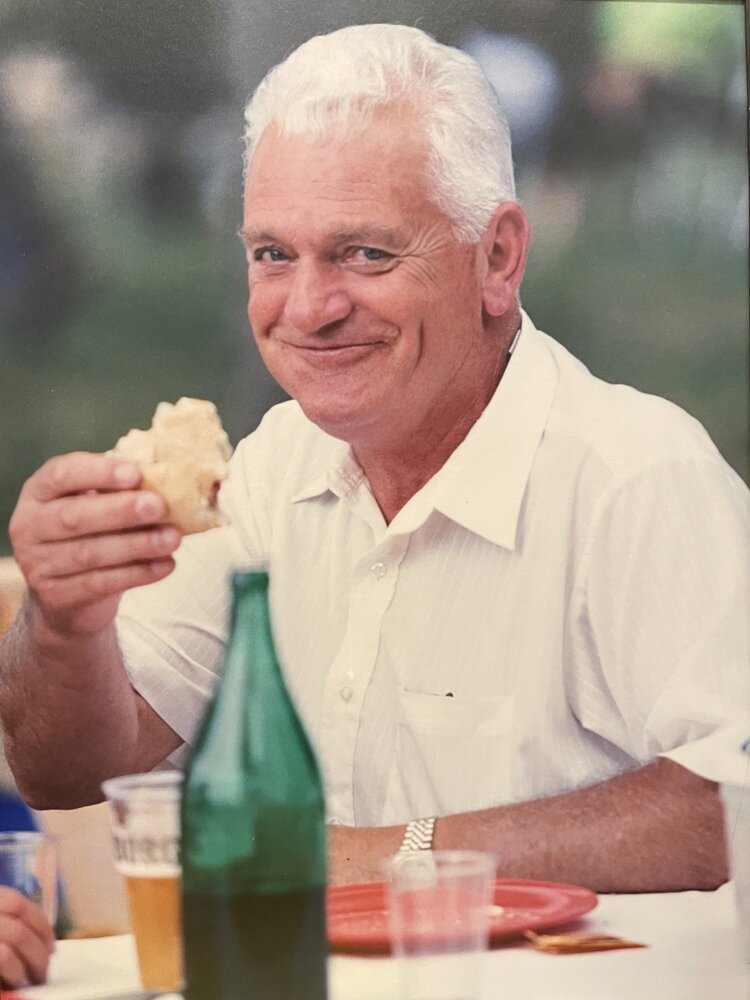 Franco (Frank) Tonini, 85, beloved husband of Sernia for over 60 years, passed away on Friday Dec 2, 2022 peacefully in his sleep.

Born in Italy, Franco moved to St Catharines ON over 60 years ago, where he and Sernia started their family and built their lives.

A GM retiree, he and Sernia were active members and volunteers at Club Roma, where he enjoyed many days and nights with friends and family, most often playing cards and bocce ball.

Franco loved making (and drinking) his homemade wine and was always happy to share a glass with others.  He enjoyed the vegetable garden and puttering around in his back workshop, which included tending to his rabbits.

His social and cheerful nature brought joy and happiness to many.  Franco will be sadly missed…may he rest in peace.

The family will receive friends at the George Darte Funeral Home & Cremation Centre, 585 Carlton St., on Wednesday December 7th from 11am. -1pm. A Final Tribute for Frank will be held in the Ceremony Room of the funeral home at 1pm.

In lieu of flowers, donations to The Alzheimer Society of Niagara Region or a charity of your choice would be appreciated. Thanks to the staff at Extendicare who showed him kindness and respect as he dealt with Alzheimer’s in his later years.

Share Your Memory of
Franco
Upload Your Memory View All Memories
Be the first to upload a memory!
Share A Memory
Send Flowers
Plant a Tree