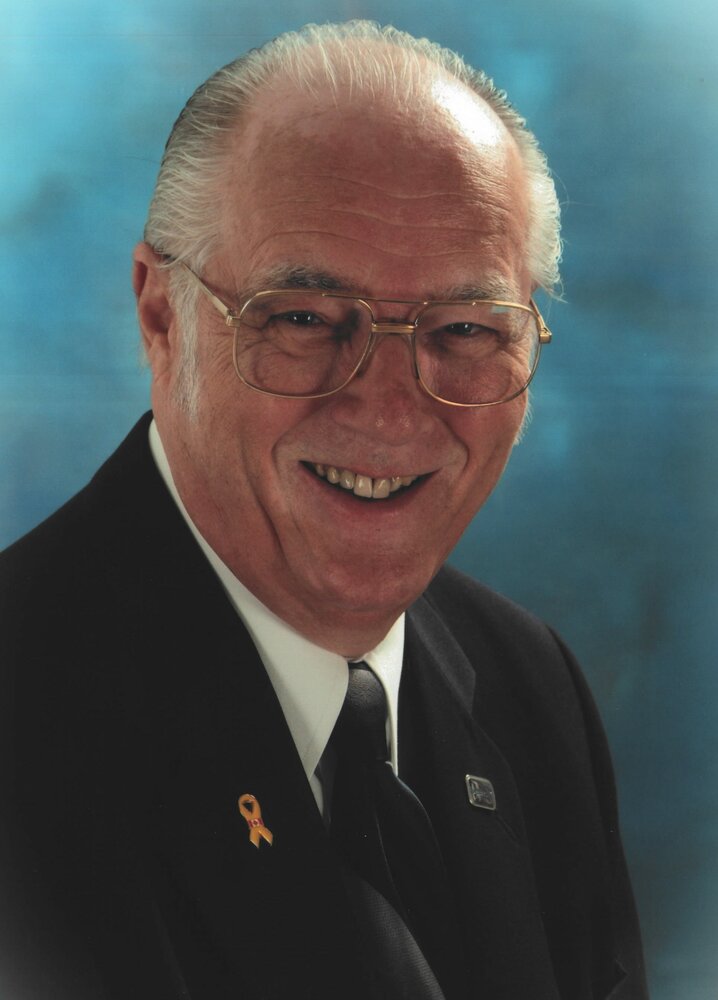 Ken (Kenneth) Leach- November 16 th , 2022 at the St. Catharines General Hospital. His sprit has returned to God who gave it and he is now at peace. He leaves behind his loving wife of 57 years Sally; his son Dwayne Leach (Paula), a daughter Cynthia Roberge (Ron), and foster son Michael Krawchuk, fourgrandchildren Ushwyn and Karthik Leach, Shawna and Jared Roberge, along with many family members and friends.

Ken enlisted in the 44 th Field Artillery Regiment; RCA which was later amalgamated by the 10 th Field Artillery Regiment, RCA and received a medal for his service. He also was a member of the 10 th field Battery Association. Ken previously worked for W.S. Tyler Co. of Canada Ltd., owned and operated Unity Power Systems (Canada) Ltd. before he chose a career as a Real Estate agent and was on the St.Catharines District Real Estate Board. When he retired he then worked part-time at the George Darte Funeral Home as a greeter and host.

Ken enjoyed many things but mainly was known for being a wonderful baker and enjoyed making trays of cookies, squares, tarts, and an assortment of other delicious treats for the holidays for family and friends. He was always proud of his cheesecakes and lemon meringue pies.

Share Your Memory of
Kenneth
Upload Your Memory View All Memories
Be the first to upload a memory!
Share A Memory
Send Flowers
Plant a Tree