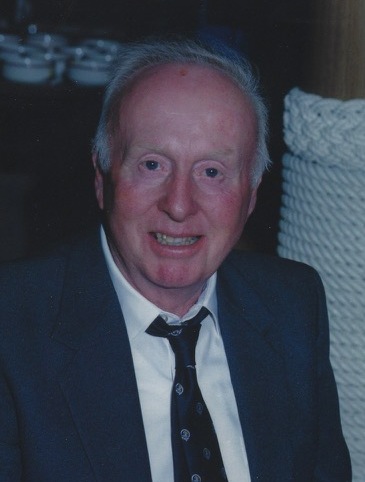 Lloyd Walter Stewart passed away peacefully on November 6, 2022 in his one hundredth year.  He was a devoted husband to the late Lena Viola Benn (2014) for 61 years. Lloyd was a proud father to Bruce Stewart and his wife Erin of St. Catharines, and a dear grandfather to their children Malcolm and Ian. Lloyd was born in 1923 in Uphill, Ontario to Malcolm and Margaret (nee Bailey) Stewart and is predeceased by his sisters Dorothy, Beatrice, Nellie and Betty and his brothers Oscar, Stanley, Garnet, Lorne and Roderick. He will be warmly remembered by his many nieces and nephews, as well as friends and neighbours. His family would like to thank the nurses and staff of the Greater Niagara General Hospital for their kindness and care. Funeral arrangements have been entrusted with GEORGE DARTE FUNERAL HOME 385 Carlton St, St. Catharines. A private service will be held at a later date. If desired, memorial donations may be made to SickKids Foundation.

A Memorial Tree was planted for Lloyd
We are deeply sorry for your loss ~ the staff at George Darte Funeral Chapel Inc.
Join in honoring their life - plant a memorial tree

Share Your Memory of
Lloyd
Upload Your Memory View All Memories
Be the first to upload a memory!
Share A Memory
Plant a Tree