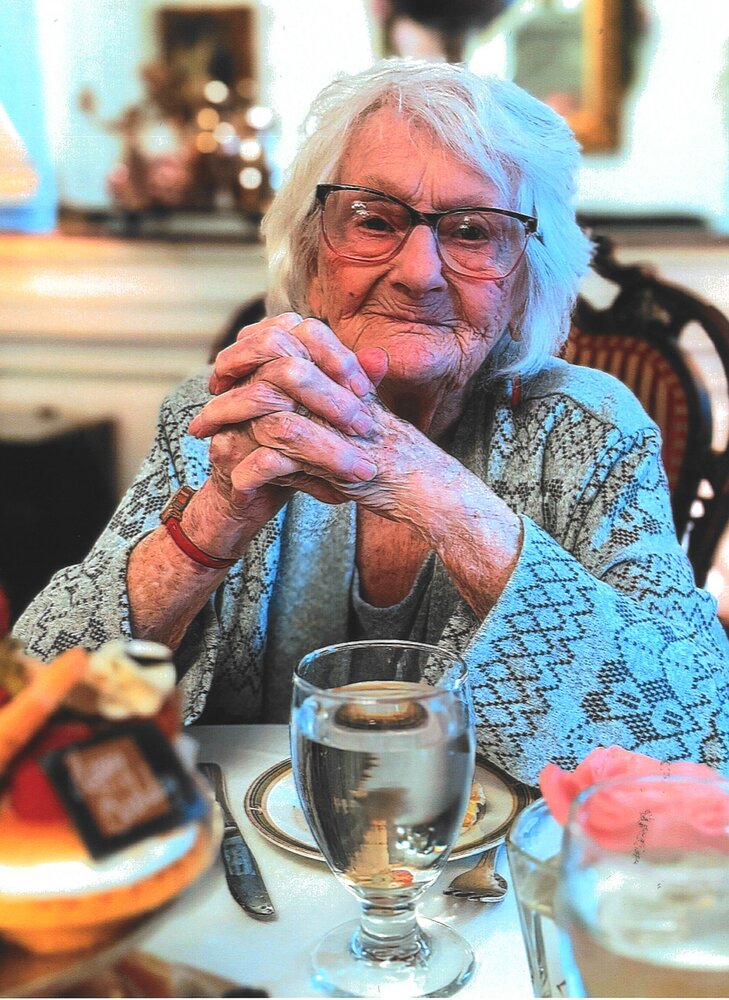 Edith Brown, beloved wife of Burton Brown for 62 years passed away at the age of 85. Predeceased by son Stuart Brown (1993) and infant daughter Judith.   Edith emigrated to Canada from England with Burton in 1970, Burton making his way across the pond first, then Edith a few months later  with 4 children in tow.  Anyone who knew Edith will be sure to tell you that she was sharp as a tack, always with a witty comeback, and a great sense of humour.  You could say she was a little "spicey".

The true Matriarch of the family, she will be very sadly missed by her children Ian Brown, Debbie Quider (Rick), Jackie Phelps (Gary) and her grandchildren Alisha Brown (Jay) Rebecca Quider, Jake Phelps and Matt Phelps and Audrey Brown. Affectionately known as "Gran" and most recently, "Date Dan" her grandchildren were one of her greatest joys.  Gran loved to spend time having a cup of tea with them and hearing all about their adventures.  Gran was absolutely delighted with Audrey,her first Great Grandchild, who brought much spunk and joy to "Date Dan's" weekly visits.

Edith also leaves behind many extended family members in England, who are far away but were always very close to her heart.

A Memorial Tree was planted for Edith
We are deeply sorry for your loss ~ the staff at George Darte Funeral Chapel Inc.
Join in honoring their life - plant a memorial tree

Share Your Memory of
Edith
Upload Your Memory View All Memories
Be the first to upload a memory!
Share A Memory
Plant a Tree