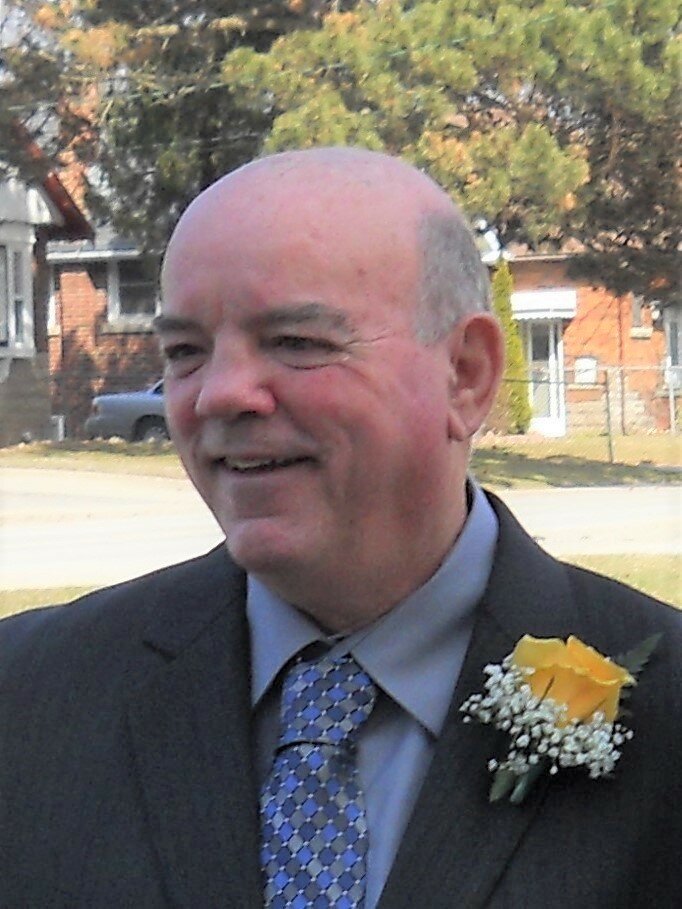 With broken hearts we had to say good-bye to a very special person.  Bill left this world surrounded and supported by his family who meant everything to him.  Bill was loved as a husband, father, Poppa, brother and friend.  He is survived by his wife and best friend Donna.  He was a devoted Dad to his children Jennifer (Mike), Rob (Sarah), and step-son James.  Bill’s greatest pride was being Poppa to his granddaughters Alexis and Sami.  Bill was the youngest brother to Emy, Bob (Fern), Ken (Marg) and Joan (Gord).  In his 34 year teaching career and coaching Bill positively influenced the lives of many young people.  The family is grateful to Dr. Greenway and the Staff of 4th Floor at Tabor Manor who cared for Bill for the last 6 years with expertise and respect. His family is also thankful to the staff for the love and support they have been shown during these difficult years.  Friends and family will be received at George Darte Funeral Home on September 18th from 10:30am to 12:30pm with a celebration of Bill’s life to follow at 12:30pm.  In lieu of flowers, a donation may be made to Lincoln County Humane Society to recognize Bill’s love of animals.