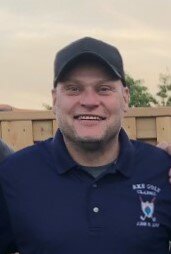 It is with heavy hearts that the family sadly announce the passing of Richard John “Ricky” Stret on August 8th 2022, surrounded by family at the Princess Margaret Hospital in his 49th year. Ricky leaves behind his cherished mother, Janina and late father Nick (2002); loving son Quintin; siblings, Stan, Maria (Alan) Arsenault, Irene (Marcel) Pharand, Robert (Kamila) Stret; loving nephew and best friend Matthew, nieces Rachel, Caroline, Emily and Isabella. Many aunts, uncles, cousins and many friends who loved Ricky and family members in Poland will miss him terribly. Ricky had a smile that lit up when he walked into a room, his strength and courage was exemplified through his courageous battle with cancer. He was funny, always joking, and a great person to be around when you need a friend, right up until the end. He was an encouraging man to be around, a great role model for his family that he cared deeply for. Fishing with his brothers, sporting and being outdoors was his passion that was reflected when he made the move to Calgary 20 years ago to follow his dreams and become a Power Engineer for the Oil & Gas Industry. The family wishes to extend their gratitude for the support and great care for Ricky by all the nurses and staff at the Princess Margaret Hospital. Please consider making a donation in honour of Ricky to the Pancreatic Cancer Research Foundation at Princess Margaret Hospital. In keeping with his wishes, funeral arrangements have been entrusted with GEORGE DARTE FUNERAL HOME, 585 Carlton St., St. Catharines. The family invite guests for a time of visitation on Thursday, August 11th from 2-4PM and 6-8PM with vigil prayers beginning at 6PM. A Funeral Mass will be held Friday, August 12th 2022 at 11:00AM located at Our Lady of Perpetual Help Church 5 Oblate St., St. Catharines. A Burial will take place following the mass at Victoria Lawn Cemetery.

When we think of Ricky, we have a warm smile. He was a man with no dull moments, who left us all with memories of his enthusiasm for life, his laughter echoes, wit, good nature – but most of all his kind heart. He was not a jealous, selfish person, shared everything and left himself without. He loved his family, son, nieces, nephew, cousins, aunts, uncles and friends.

Ricky grew up in St. Catharines, the 2nd youngest of 5 siblings. He was the outgoing one, who made friends so easily, leaving everlasting impressions.  When he ran into you again, time never changed anything, you were always a friend. With many cherished childhood friends, great stories he spoke often about.

He moved out to Calgary in 1999, where he worked in the hospital and later joined the oil and gas industry of Tenarece. Soon purchased his first home, something that became a race to do before he was 40 years old. Irene and Robert came out to Calgary and helped with the search for the perfect home. It was 15 minutes to midnight September 14, before his 40th birthday he purchased his first home.

His dear son Quintin, came to live with him just 3 years ago and Ricky would say how ‘perfect his life is” he had a great job, money, house and now his son. He encouraged him, taught him to be the best man he could be by his own example.

Ricky grew up with my family in Calgary. My dear children Rachel and Matthew how lucky you were to have spent many years with Uncle Ricky. He cheered the loudest at all your shows, ball games and was there for you to talk about anything at anytime of the day.  He was more than an uncle but a perfect friend. Calgary will be lonely without you, especially for me.

May 2021, after we found out the devastating news Ricky came back to St. Catharines to be surrounded by family and get treatment at Princess Margaret Hospital. Ricky fought a courageous battle right to the end, surrounded by his family.

Beloved brother Stan, who was his hero; shared skiing trips, vacations to Mexico, furnishing his house and built a deck at his home. He looked up to you, and needed your OK’s. Wanting to always make you proud of him, just like he was proud of you. He waited for you at the hospital at the end and needed your OK one last time.

Beloved brother Robert, Kamila, Emily and Isabella. Who needs friends when you have a fantastic brother to share everything with; skiing, fishing, boating, vacations, talking, laughing, singing for hours. Emily, “Beautiful Emily” Rick would say. Isabella, he loved you both so much and to hold and hug you, spend time meant so much.

Beloved sister Irene, Marcel, and Caroline. Irka! Irka! Ricky would call. You were his rock! He knew he could count on you. Caroline “Beautiful Caroline” Rick would say. What a great girl. You helped Uncle Ricky with his pillows, getting him drinks and entertaining him.

Our dear mother, your heart is broken today. No one knows your pain. You made frequent trips to Calgary, months at a time and stayed with Ricky. They could sit for hours talking, he loved that and her cooking.

Ricky, your heart was full; you taught us to say “I love you” instead of good-bye. There are too many wonderful stories; how do I pick any.

You fought with dignity, strength, courage and overcame all the expectations of this cruel disease. The doctors were amazed.

Irene, you were his strength on this earth; tough, determined, researched, organized, fought and very devoted. Irka! Irka! He would call for you. You made a huge impact on his care and for us to have Ricky as long as we did.

Robert, “what a guy” Ricky would say. You pushed strength, courage, and you carried him mentally. Made him beet juices, drove him to all his appointments and just sat by his side for hours.

Irene and Robert, you both were with Ricky everyday for the last 1 ½ years. Know you did everything possible for Ricky, and it made Ricky be with us as long as he was.

Beloved brother, Ricky, our hearts will ache in sadness and secret tears will flow in our days. What it means to lose you, no one will ever know.

God has taken you. You will be with Tato, pain free in your paradise.

Our family chain is broken and nothing seems the same but God calls us one by one the chain will link again.

Till we meet again!!

Share Your Memory of
Richard
Upload Your Memory View All Memories
Be the first to upload a memory!
Share A Memory
Send Flowers
Plant a Tree