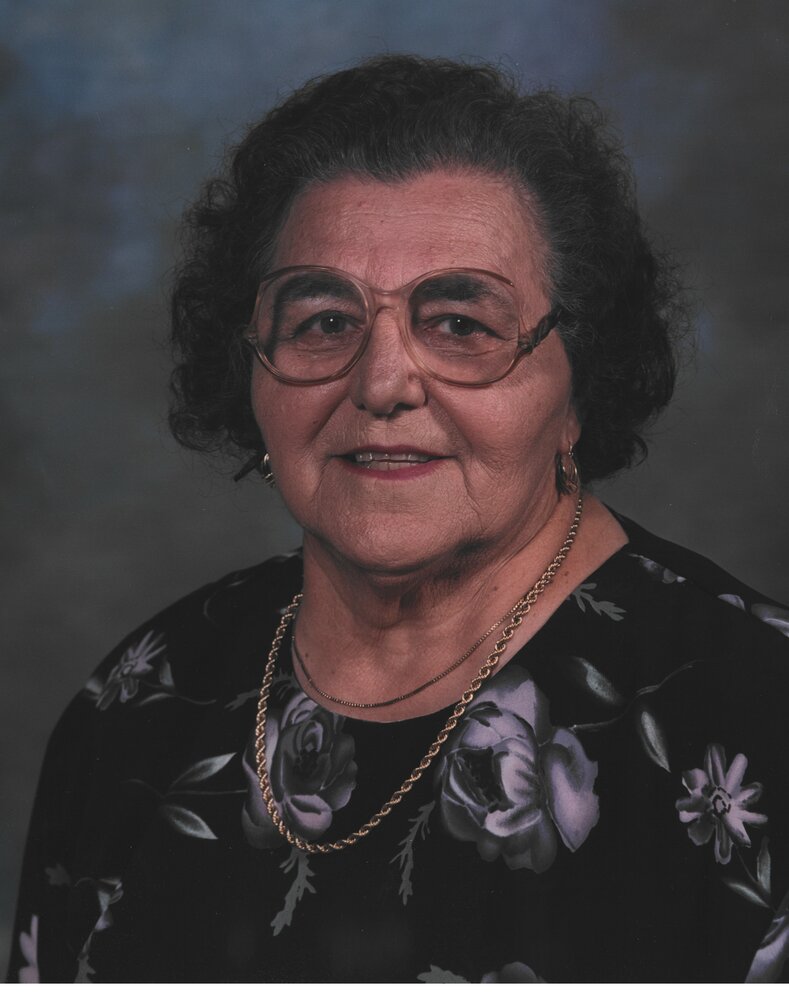 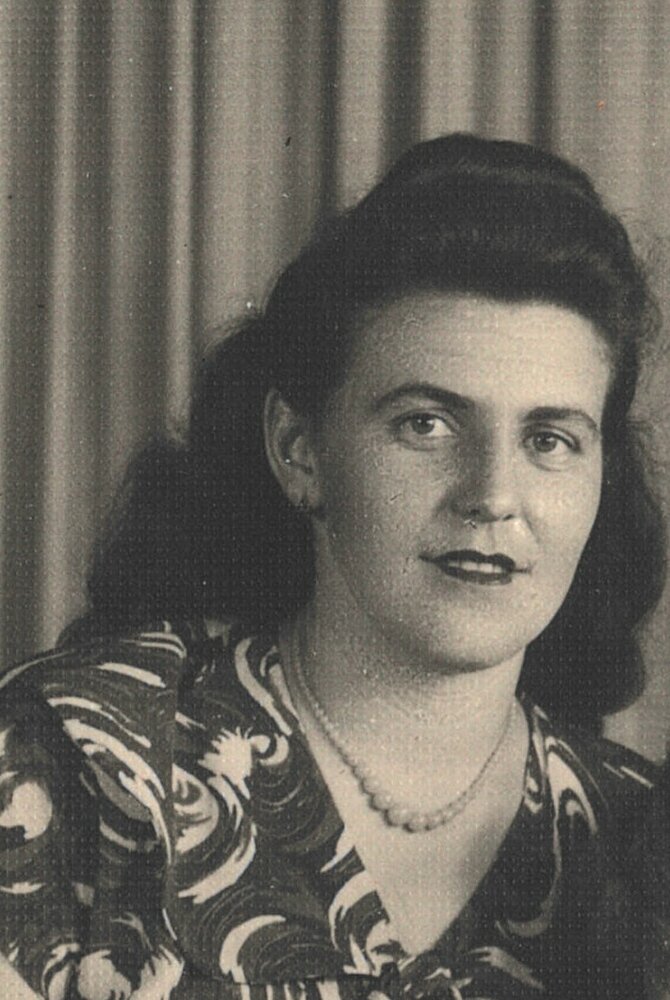 MATUSZCZAK, Theresa
(née Gorup)
It is with deep sadness that we announce the passing of Theresa Matuszczak on July 31, 2022 in her 95th year.  Theresa was the loving and steadfast Aunt of Lori-Anne Rzic.  She was predeceased by her husband Jacob (Jack) Matuszczak, her beloved older sister Anne Rzic, her brother-in-law Slobodan Rzic and her parents James and Theresa Gorup.
Theresa (Rezika) was born in Sokolovac, Jugoslavia, a small, rural village where they spoke Croatian, German and Hungarian.  As a young woman after the War, she worked in a clock factory.  Later, Theresa and her sister travelled to Austria where they lived and worked for 13 months.  After a long wait, the sisters boarded the Italian ocean liner Saturnia in 1955, for their transatlantic journey to Canada.  They were more than delighted to finally rejoin their parents who had immigrated earlier.  In St. Catharines, Theresa set about learning yet another language.  She worked briefly at a canning factory, then later at the St. Catharines General Hospital.
Theresa and Jack married in 1958.  That began a hard-working life of business ownership.  Jack was Ukrainian (one more language for Theresa to learn!).  For several years in the late 50s and early 60s, Theresa and Jack owned the Town Casino Restaurant on Barton Street in Hamilton, Ontario.  This was a proper jukebox diner and, in those days, the joint was busy.  Theresa, wearing her starched apron, served up bottomless cups of coffee, countless hot roast beef sandwiches, mountains of french fries, turkey, ham or pasta suppers, and rivers of gravy.  For a time, the couple lived in Niagara-on-the-Lake.  There, they owned a small garage on Picton Street and enjoyed walking their faithful german shepherd named Queenie.   Later, they moved to Niagara Falls and, until their retirement, owned Greater Niagara Auto Parts on Kalar Road.
Theresa had a talent for baking and for sharing treats like her walnut or jam "kifle" (Yugoslavian crescent cookies). We'll miss her multi-layered, chocolate buttercream "dobosh torte" (Hungarian sponge cake), as well.  Similarly, she was skilled at sewing and handicrafts.  She could crochet, knit, embroider, needlepoint, you name it; we have the many beautiful and intricate afghans, tablecloths, pillows and doilies to prove it!  In her retirement, Theresa enjoyed her vegetable and flower gardens, with roses being her favourite.
For many years, Theresa and Jack attended St. Mary's Ukrainian Catholic Church in Niagara Falls.  Theresa participated in the Women's League and, along with her long-time church friends, helped make many cabbage rolls and perogies.
Throughout their lives, Theresa and her sister Anne were devoted and supportive to one another.  They had a sisterly bond that was unshakeable.  They have now, no doubt, resumed their daily conversations.
Thank you to all those who provided care and expressed concern over the years, to both Theresa and her niece.  Your support is very much appreciated.
Theresa was a loving, caring, diligent and loyal woman.  She will be greatly missed.
Visitation will be held at the GEORGE DARTE FUNERAL CHAPEL, 585 Carlton St., on Wednesday, August 10, 2022 from 12 noon - 1 pm.  A Funeral Service will be held in the funeral home chapel on Wednesday, August 10, 2022 at 1 pm.   Burial will take place at Victoria Lawn Cemetery at approximately 2 pm.  The family asks that you please consider wearing a mask.  Memorial donations may be made to the charity of your choice.
"The Lord bless you and keep you; the Lord make his face to shine upon you, and be gracious to you; the Lord lift up his countenance upon you, and give you peace."   Numbers 6:24-26
Wednesday
10
August

Share Your Memory of
Theresa
Upload Your Memory View All Memories
Be the first to upload a memory!
Share A Memory
Send Flowers
Plant a Tree