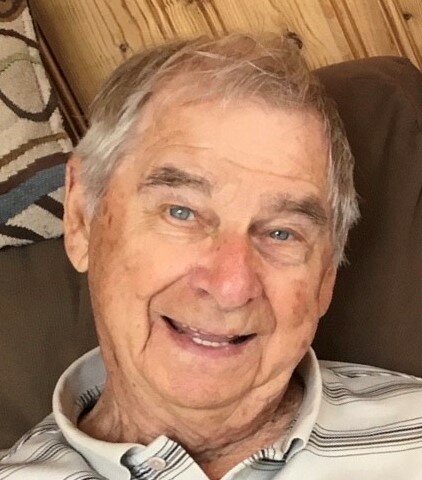 It is with great sadness that we announce the passing of Alan Collins, loving and devoted husband of Margaret (Peggy) Collins for 69 wonderful years. He will be deeply missed by his daughter, Laura (Frances), his son, Michael (Dianne), and is now reunited in heaven with his late son, Christopher, his greatest friend. Alan was a doting grandfather to Stephen (Chelsey), Bradley (Alanna), David (Brittany), Brooke (Dale), and Stephanie (Jesse) and a proud great-grandfather to Rory, Maddie, Evelyn, and Parker.

As a polio survivor from very humble beginnings, Alan lived his life as though it was a bonus and a blessing, thankful and appreciative of all and spreading kindness where ever he went. His unwavering sense of decency and integrity was evident in everything that he ever did and said. A Master Plumber and Gas Fitter, Alan eventually became the Plumbing Inspector for the City of St. Catharines and later pioneered the Property Standards Act for the Niagara Region and, over time, for municipalities throughout Canada.

Ever ready for adventure, Alan and Peggy travelled the world, making life- long friends every where they went. Alan was also an avid bowler, bridge player, golfer, and with his remarkable dancing and singing skills, active in musical theatre and barbershopping for more than 50 years.

The family would like to express our thanks and appreciation to the many neighbours and friends who did so much for Alan and Peggy through his decline. We would also like to express our gratitude for the care and compassion provided to Alan by the many doctors and nurses at the St. Catharines General Hospital during his six weeks in the facility.

Family and friends are invited to a visitation on Tuesday July 26th from 11am-1pm at George Darte Funeral Home, 585 Carlton St., St. Catharines with a funeral service at 1pm at the funeral home. For those who wish to attend virtually, a livestream link will be provided below. As a cautionary measure, the family requests that masks be worn to the visitation and service, and no refreshments will be provided following the service. If desired, in lieu of flowers, donations to Harmonize 4 Speech, or a charity of your choice would be appreciated by Alan’s family.

Share Your Memory of
Alan
Upload Your Memory View All Memories
Be the first to upload a memory!
Share A Memory
Send Flowers
Plant a Tree