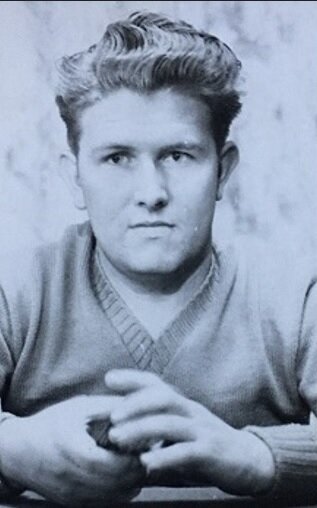 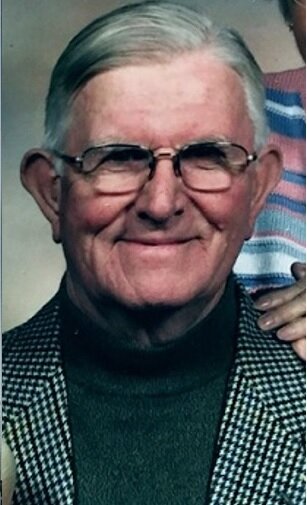 On Sunday, July 10th, 2022, Doug Smith, 94, passed away at his recent residence, Dawsons Assisted Care Living in Niagara Falls. He was predeceased by his wife of 64 years, Pamela, in 2018. He is lovingly remembered by his children, Lorraine Palmer-Smith and Craig Smith, his son-in-law, Rod Palmer, granddaughters, Maddy (Jeremy) and Abbey (Matt) Palmer, his sister Gillian (Arthur) Hook of England, several nieces, nephews and cousins, a cousin-in-law Joyce (nee Turner) Braun who also resides at DACL, as well as all of the residents and staff of DACL. Doug was pre-deceased by his parents and brother and sister-in-law, George and Nellie (nee Hubbard) of England and Gerald and Sheila (nee Donabie) of the United States and cousin-in-law Henry Braun.

Dad was born in London, England on February 26, 1928. In 1949, after enduring the Second World War, he travelled to the United States to study at the General Motors Institute in Flint, Michigan. He was fortunate to be the recipient of a scholarship enabling him to continue his studies in mechanical engineering in refrigeration and air conditioning. During that time, he met lifelong friend, “Uncle John” Trussell, for whom he later was best man and would join in St. Catharines.

In 1951, Dad returned to London and worked at Frigidaire in the refrigeration and air conditioning division where he met our Mum. They were married on July 3, 1954 and immigrated to Canada soon after with the hopes of building a new life together. They lived and worked in London, ON, Toronto and finally St. Catharines where Dad was appointed to direct sales and design for the air conditioning division of Blenkhorn & Sawle Ltd. in 1956. In 1961, Dad was hired by McKinnon Industries, a subsidiary of General Motors of Canada and enjoyed 25 years working in Central Engineering, retiring in 1987.

Dad was devoted to his family, driving Lorraine to dance lessons and Craig to baseball and hockey games, never missing a recital, a show, or a game. He took great pride in keeping stats for Craig’s ball teams long before spreadsheets and calculators. He provided for his family throughout the year including wonderful family vacations in Canada, the US and England. He was devoted to Mum, especially in her health challenged latter years. He literally became the chief cook and bottle washer and drove Mum to many medical appointments in St. Catharines as well as London, ON.

He loved Rod, Maddy and Abbey and regularly made the 5-hour trek to Brockville to spend time with them, including attending more dance recitals and shows!

Dad was an active member of the Doric Club, serving as membership chair for many years. He was a social person, enjoying Friday night poker games and later, afternoons of euchre. He was always up for a game of cribbage and was still managing to play up to three months ago. He was a Mason and a Shriner and volunteered at many of their fundraising events. Dad and Mum enjoyed tending bar for a mixed dart league on Saturday nights for several years. He made many friends through these organizations, many of whom predeceased him. Dad was a man of faith and an active member of St. George’s Anglican Church until recent years.

Dad was a funny, bright, kind, loving man who will be remembered for his sense of humour, his guidance and his willingness to lend a hand to others.

Dad’s smile and kind nature will be missed by his family and friends.

In memory of Doug, donations may be made to Diabetes Canada or Shriners Hospitals for Children and would be greatly appreciated by his family.

Share Your Memory of
Doug
Upload Your Memory View All Memories
Be the first to upload a memory!
Share A Memory
Send Flowers
Plant a Tree