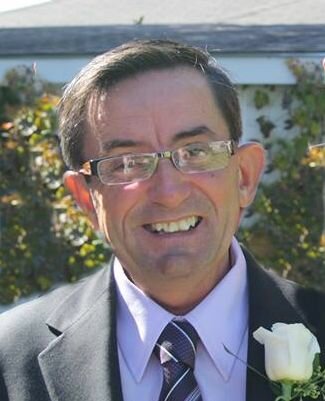 Gerry passed away on May 9th 2022. He is survived by his husband David, son Craig (Jenny) and Daughter Jillian (Chad). Stepfather to Richard (Jess) and Irene (Chris) and grandfather to eight grandsons: Landon, Spencer, Wyatt, Archer, Max, Cooper, Ethan, and Aubrey. He will also be missed by his family in London (Sylvia, John, Jacob, Rachel, Mark) In Ottawa (Mark) and in Ireland, as well the many great friends he made over the years. Gerry enjoyed traveling and spending time with his sister-in- law Mary and her family in Ireland also Bill and Irene in Scotland and traveling through Europe.

Gerry enjoyed a successful 38 years at the Welland General Hospital, mostly in the physiotherapy department.

At Gerry’s express request, there will be no formal funeral or memorial service. His remains have been cremated and there will be a private family celebration of life at a later date.  As an expression of sympathy donations can be made to the Niagara SPCA or ABI-Hamilton:

A Memorial Tree was planted for Gerald
We are deeply sorry for your loss ~ the staff at George Darte Funeral Chapel Inc.
Join in honoring their life - plant a memorial tree

Share Your Memory of
Gerald
Upload Your Memory View All Memories
Be the first to upload a memory!
Share A Memory
Plant a Tree