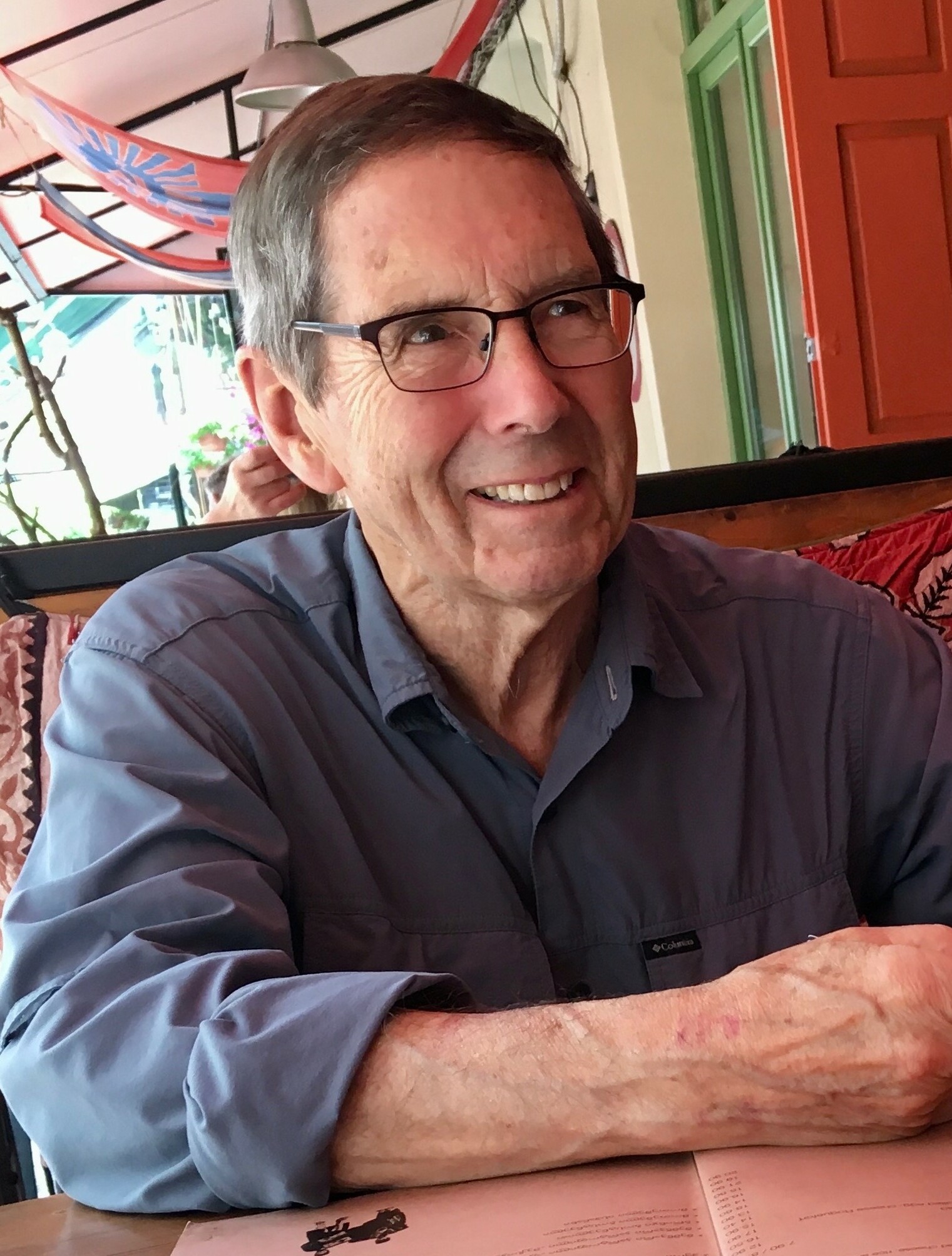 Robin died on April 20, 2022 in St. Catharines, Ontario at the age of 88 after a short encounter with cancer.

Robin was born and raised in Pointe Claire, Quebec where he flew model airplanes, fixed motorcycles with his brothers and developed a lifetime love of the internal combustion engine. A graduate of Mechanical Engineering from McGill, he went on to study Nuclear Engineering at Imperial College on an Athlone Fellowship. He spent his professional career in the power sector with Montreal Engineering, later Monenco, where he was a project engineer, Vice President of Monenco and President of London Monenco.

He married in 1963 and, like many Monenco employees, moved the family to St. Catharines in 1978. Robin was a lover of the outdoors, an avid skier, hiker and camper. He applied his engineering mind and attention to detail to fixing just about anything. He was also a lover of the arts; theatre, movie, books, art and opera. While he and Caroline had travelled the world, he was nowhere happier than when he was puttering in the backyard.

A believer that if a pun was worth saying once, it was worth repeating, Robin maintained his good humour, charm and positive disposition to the end. Sincere thanks to the 3B Oncology team at the St. Catharines Hospital for easing his last days. Robin’s ashes will be interred at Victoria Lawn Cemetery at a later date.

A Memorial Tree was planted for Robin
We are deeply sorry for your loss ~ the staff at George Darte Funeral Chapel Inc.
Join in honoring their life - plant a memorial tree

Share Your Memory of
Robin
Upload Your Memory View All Memories
Be the first to upload a memory!
Share A Memory
Plant a Tree