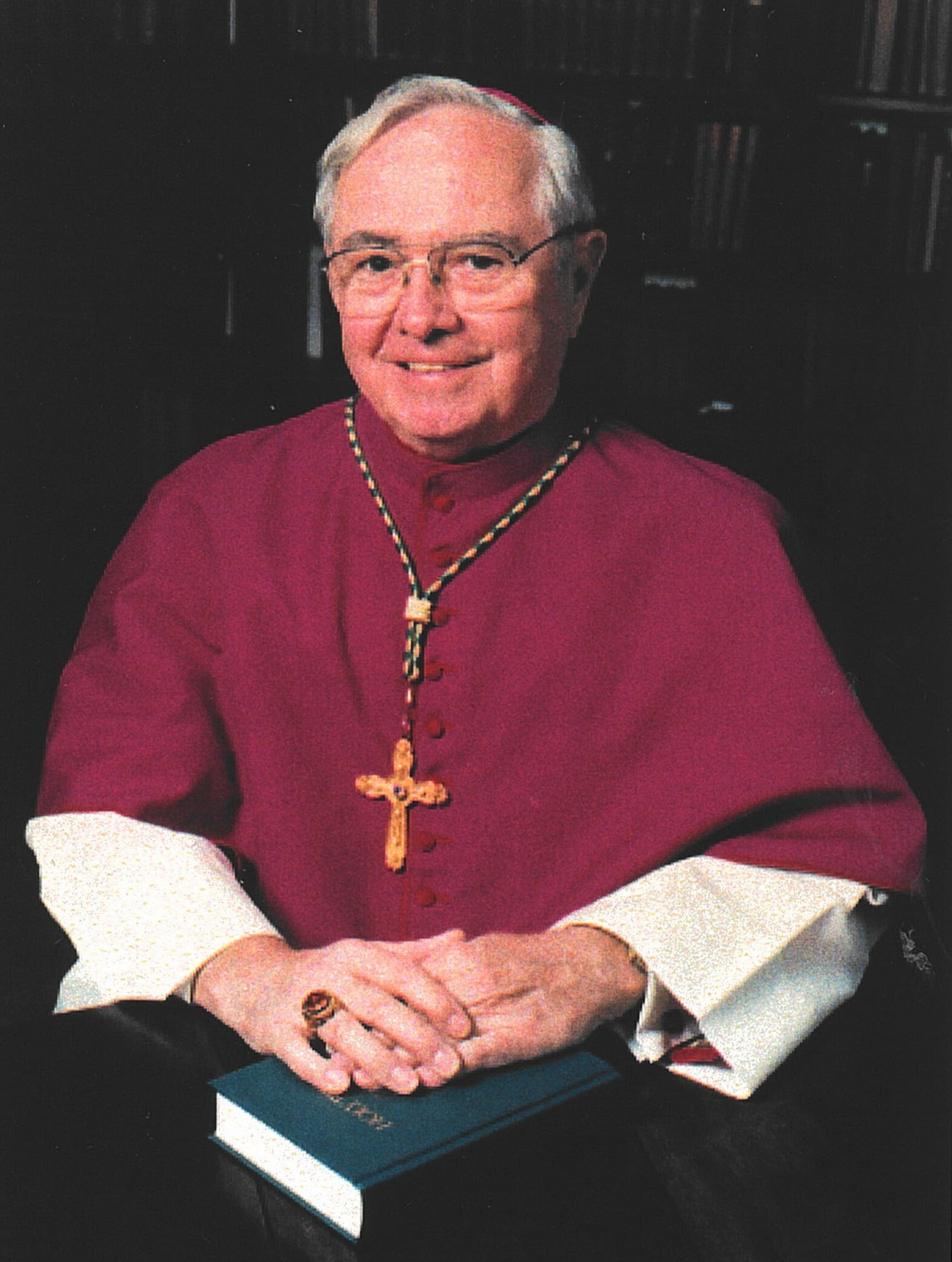 Bishop O'Mara died peacefully in his sleep on Wednesday February 16th at the Hotel Dieu Shaver, St. Catharines. Bishop O'Mara was 97 years of age. He was the son of the late John Aloysius and Anna Theresa (nee Schenck) O'Mara of St. Catharines. He was the brother of Sister Mechtilde O'Mara, C.S.J., Toronto, Mrs. Marcelline Brown, Burlington, and Mrs. Eleanor Runge and Brother-in-law Edward Runge, Nashville, Tenn. He was predeceased by his brother James O'Mara (1956), sister-in-law Violet O'Mara (2009), Sister Winnifred O'Mara C.S.J. (2002), brother-in-law James (Buster) Brown (2002).  He was loved and will be missed by many nieces and nephews, cousins, grand-nieces and grand-nephews and numerous friends.

He studied at St. Michael's College School, Toronto and St. Augustine's Seminary, Scarborough and was ordained Priest by Cardinal McGuigan in St. Michael's Cathedral Toronto on June 1, 1951. Following ordination, he pursued graduate studies in Canon Law at St. Thomas University (Angelicum) Rome. Returning to Toronto in 1953, he was appointed Vice Chancellor of the Archdiocese of Toronto and Secretary to Cardinal McGuigan. Also, in 1957, he was appointed the part-time Pastor of the newly established parish of St. Margaret Mary in Woodbridge. From 1961 to 2002, Bishop O'Mara served on the Board of Directors of several hospitals, on the Boards of the Catholic Hospital Association of Ontario, the Ontario Hospital Association, the Ontario Hospital Services Commission, the Catholic Hospital Association of Canada and the Catholic Health Corporation of Ontario. From 1969 to 1975 , Monsignor O'Mara served as the President/Rector of St. Augustine's Seminary in Scarborough which was a founding member of the Toronto School of Theology. In December 1974, he was appointed Pastor of St. Lawrence Parish, Scarborough and in May 1976 was appointed Bishop of Thunder Bay by Pope Paul VI. Bishop O'Mara was ordained Bishop by Archbishop Philip Pocock in St. Michael's Cathedral Toronto on June 29, 1976 and he ministered in Thunder Bay until 1994 when he transferred to Niagara as the third Bishop of St. Catharines. In addition to the pastoral responsibilities in the Dioceses where he served, Bishop O'Mara was active in the Canadian and Ontario Bishops Conferences and for twelve years represented the Canadian Church on the Pontifical Council "Cor Unum" in Rome. In 2000 Bishop O'Mara was named an Honourary Fellow of the University of St. Michael's College. Bishop O'Mara retired as the Bishop of St. Catharines in January 2002 and took up ministry at the church of Our Lady of the Holy Rosary in Thorold.

After all of his accomplishments he will be remembered most by those around him as a man who lived his faith and loved all people.

For those who wish to donate, charities of interest to Bishop O'Mara are www.chalice.ca, www.ourladysmissionaries.com, www.hoteldieushaver.org.

Share Your Memory of
Bishop John Aloysius
Upload Your Memory View All Memories
Be the first to upload a memory!
Share A Memory
Send Flowers
Plant a Tree