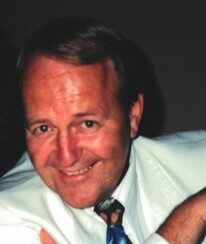 It is with heavy hearts that the family of Daniel John Charkowy announce his passing after a lengthy illness on the date of September 23, 2021 at the Niagara Health System in St. Catharines. Dan leaves behind his wife of 53 years, Irene, and will be greatly missed by his two sons, Darryl and Terry; his sister, Karen (Richard) Eyman; nieces and nephews, Christopher, David, Cherryl and Linda. Dan was predeceased by his parents, Mary and Walter; brothers Clarence (Cindy), Kenny (Lorraine); his niece Suzy and his nephews Ricky, Ronnie and Tommy. His passions for hobbies such as gardening, cooking, golfing could never outshine the time he would spend with his dear friends and family. Dan would spend the winter seasons bundled up at home doing puzzles with his son, Terry; Dan also enjoyed designing landscapes online and attending the movies at least twice a month with his sons. The family wish to extend their appreciation to the staff at the Niagara Health Hospital who gave exceptional care to Dan. If desired, donations may be made in Dan’s honour to the Canadian Lung Association. In keeping with his wishes, funeral arrangements have been entrusted with GEORGE DARTE FUNERAL HOME 585 Carlton St. Cremation has taken place and a service may be held at a later date.

Share Your Memory of
Dan
Upload Your Memory View All Memories
Be the first to upload a memory!
Share A Memory
Send Flowers
Plant a Tree