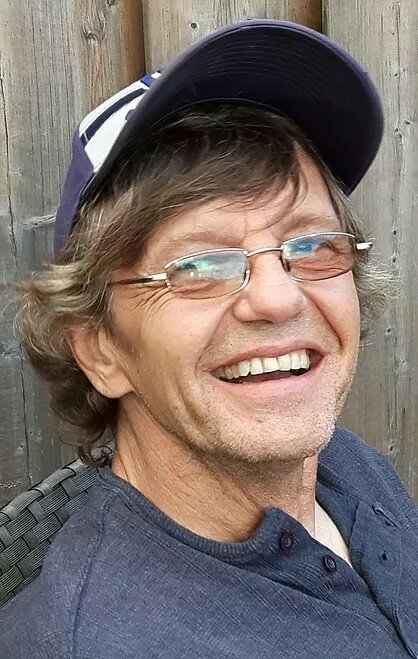 Peacefully at his residence in the arms of his beloved best friend and wife, Anne on Tuesday, September 7th, 2021. Lou, much loved son of Stefan and Eugenia and son-in-law of Veronica and the late Pio Tony Collini.  Dear brother of John and brother-in-law of Carolyn (Dave), Tony (Irene), Joe (Joanna), Maria (Scott), Vince and Christina (Grant). Cherished uncle of many much loved nieces and nephews.

Lou was born in Przemyśl, Poland, and crossed the ocean with his parents and brother when he was five. In 1980, he met and fell in love with his soulmate, Anne. Also, that year, he landed a job at Dofasco, where he excelled as a welder-fitter, and made life-long friends. Anne and Lou made a good life together and eventually moved to their property in Niagara-on-the-Lake, which Lou jokingly called “Rancho Worko”. He kept himself busy, self-taught, hands-on person he was, with always a project on the go, especially after building his dream workshop, completely outfitted. He earned his teaching diploma from Queen’s University, and worked as a teacher for years. He loved to browse Princess Auto, and spend time with his beagles. He was a proud Canadian, and a CFL and NHL fan. The Winnipeg Blue Bombers and Jets were his teams. Chess and Scrabble were his games. He had a weakness for ice cream, chocolate, and hot dogs. His loyal circle of friends (thanks Joe, Don and Vince) visited him often. He was never without family around him. Special thanks to his PSW Olivia.  Lou took life as it came, with good humour and integrity. His motto was, make sure your word is good, and you’re good at what you do. He was a kind and gentle soul, and commented often on how blessed his life was. He uplifted those around him, and he will be sorely missed.

Cremation has taken place. A Celebration of Lou's Life will take place at the George Darte Funeral Home 585 Carlton Street on Saturday September 11th, 2021 at 1:00 p.m.  If so desired donations made to the Lincoln County Humane Society in Lou's memory would be appreciated by his family.

For those wishing to view a livestream of the funeral, you may do so at the following link: https://youtu.be/Fp4Byfqlyao

COVID RESTRICTIONS APPLY, MASKS MUST BE WORN. RESERVATIONS TO ATTEND THE CELEBRATION NEED TO BE MADE  BY CALLING 905-937-4444.

A Eulogy for Lou, From a Loving Wife

Lou was an exceedingly special person. He is an insurmountable loss. He was a good man, the best. His heart and soul were pure, and honest. Lou lived by his soul. He had no ego. He never sought to inflate his own importance. He lived by his instincts. And his instincts were good. He had confidence in himself, and his beliefs, and was decisive. When I commented to him how hard decisions were for me, he said, “Well, just put aside the influences, and make a decision.”

Taking care of Lou is the most meaningful thing I’ve ever done in my life. I hope I did right by him. Lou and I have been through some trying times, and there is no-one else I would rather have gone through those times with. I was always happiest in his presence. There was a joy and light about him. Right to the end, his radiant smile did not dim.

I loved Lou with all my heart, but more than that, I respected him for the man he was. He’s the wisest, the bravest man, the most selfless man, I know. A man of substance. He shouldered his burden without complaint. He never felt sorry for himself. He did not waste his time on bad feeling. That’s Lou – always spreading good feeling. He wanted to see people happy. That’s why he told all those jokes. We’ve all heard about the captain with the ship’s wheel, and the penguin with the ice cream. I came to appreciate his jokes, came to understand his motivation. He only wanted to make people happy. That was the driver within him, to spread good feeling.

I was devoted to Lou. He made it so easy. He deserved the best. He expressed his gratitude to me every single day. Dozens of times a day. He taught me the importance of gratitude. He thanked me a hundred times for letting him go. Thank you, thank you, thank you, he would say, with a full heart. I told him I would do anything for him.

He had no despair about going, only despair about leaving. I’m so sorry, he said to me, a hundred times. But I understood. He did not want to leave us. He did not want to leave life. In a moment of discomfort, I once asked him, “You’ve had enough of this life?” He answered, “No, this life is good. I’ve had enough of this body.” Now he is free of that body which tormented him. Rejoice. Rejoice, he has his relief. Rejoice, for Lou’s sake.

His energy has not died. Not a bit of him is gone. He is now everywhere all at once, in a state of bliss. No more suffering for him. He’s with the beagles, and they are all running free.

We will not dwell on how he died, but how he lived. A man of simple tastes, and profound integrity. A man of good humour. A man of substance. His word was good and he was good at what he did. He lived a robust life, and often said how blessed he was. Whenever he was asked, how ya doing, his reply was always positive. Bitchin’, he would say, or I’m aight. I can hear him now. He’s telling me, I’m aight.

Lou lived life on his own terms, in the truest sense of the words. He was his own man. He hated being told what he could or could not do. MS had been dictating to him for years, but he put an end to that. MS will dictate his life no more.

The last few weeks, both Lou and I agreed, were the best time of our lives. We spent hours on the patio playing Scrabble and talking about all the things that matter most. We said everything to each other we had to say. He told me what I meant to him, and I told him what he meant to me. We were so happy, just to be together. I will carry that happiness with me always. We grew the closest together just before he had to go.

I’d also like to extend heartfelt thank-yous to all our wonderful family and friends, who supported us over the years, and continue to embrace us within their loving arms. Special thanks to David for organizing this celebration, and to Julie for securing the reception venue, and my siblings and their spouses, for rallying around me this week. And Mom, for her comforting presence. And Mamusia and Tatus, thank you for the gift of Lou.

Share Your Memory of
Lou
Upload Your Memory View All Memories
Be the first to upload a memory!
Share A Memory
Send Flowers
Plant a Tree