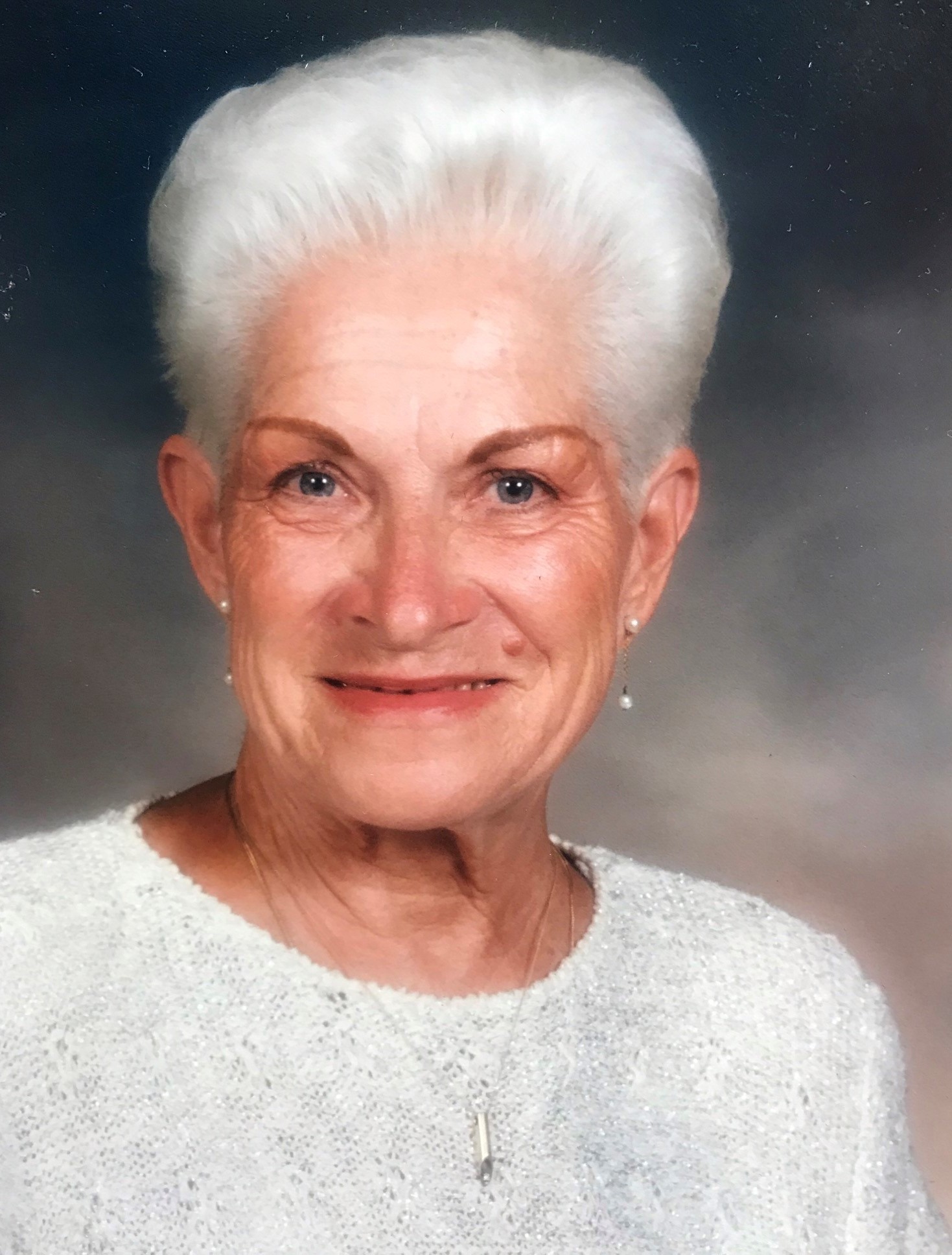 It is with a mixture of sorrow and joy that we announce the passing of Jessie Kozachenko (nee Baraniuk) on Sunday May 2nd at Heidehof Home for the Aged.  She is now happily reunited and dancing again with Russ, the love of her life who passed away in 1992.  While we will miss her greatly, we know her pain is over and she is in the arms of the Lord after living a beautiful life, her way.

Jessie was born in Mountain Road, Manitoba and moved with her large extended family settling on a farm on Geneva St in St. Catharines.  She worked (lying about her age) at 14 in a munition’s factory during the war.  At 18 she moved to Toronto to attend beauty school.  She met and married Russ and together, block by block and nail by nail they built a beautiful home in Oak Ridges.  They ran Jessie’s beauty shop together on Church St. in Toronto until 1969.  She continued doing hair until she was in her late 80’s and dying her own locks platinum blond until the end.

They moved back to St. Catharines in 1983.  Spending many wonderful winters in Clewiston, Florida before Russ’s sudden passing.  Jessie then learned how to drive so she could continue to winter down south.

Jessie was a positive force in the lives of all she touched.  She loved walking, especially with her grand-dog Brodie.  She enjoyed volunteering for St. Vincent de Paul Society at St. Denis Church.  She walked in the 5km Rankin Cancer Run and raised thousands of dollars for them over the years, completing the full 5km until her 90th year.

She was proud of her faith in God and spent much of her time praying for those in need who crossed her path.  She loved talking to everyone she met and making friends along her way. A special THANK YOU to the staff at Heidehof, especially the PSW’s, for their loving care in Jessie’s final days.  You are truly angels among us.

As COVID keeps us apart, we can fondly remember her 90th birthday party where we celebrated her amazing life with her.  We will get together when Covid restrictions allow. Thank you to family and friends for all your thoughts, prayers and support during this difficult time.  She would appreciate you doing a good deed in her honour or saying a prayer.  For those wishing to do so, donations can be made to The Rankin Cancer Run, St. Vincent De Paul Society at St Denis Church, or a charity of your choice.

Share Your Memory of
Jessie
Upload Your Memory View All Memories
Be the first to upload a memory!
Share A Memory
Plant a Tree