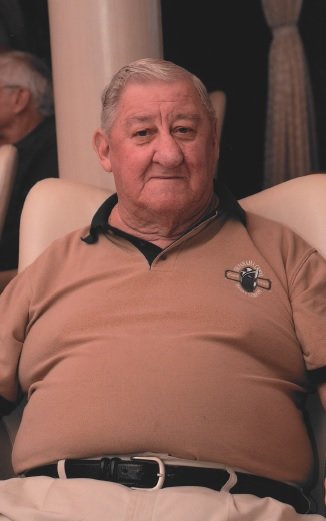 At St. Catharines hospital, following a short illness in his 84th year, Ron passed away February 17th 2021. Beloved husband of 56 years to Donalda Joan, proud father of Mark (Cathy Vaccaro), Janice (Philip de Roos) and Stephen, adoring grandfather of Megan, Meredith, Gabrielle de Roos and Jordon Vaccaro. Great-grandfather of Ethan and Aiden Vaccaro. Also survived by brothers-in-law Roy Knight, John (BettyJo) Armstrong and Michael Armstrong as well as many nieces and nephews. Predeceased by his son, David, grandson MJ, parents Mary and Stanley Heagle, parents-in-law Joan and Don Armstrong and sisters and brothers-in-law Dorothy Knight, Marge and Bruce Kinnee, Lois and Len Corcoran, Mildred and Don Bowman and Jane and Doug Slack. Ron was employed as an Alarm Operator for the St. Catharines Fire Department for 35 years retiring in 1997. He was an avid Chicago Blackhawks, Cleveland Indians and Buffalo Bills fan and a Hamilton Tiger Cats seasons ticket holder. For many years he was an umpire in chief for the Niagara Regional Slo pitch league and several fastball leagues. He was secretary treasurer of St. Catharines Minor Hockey School and coached in the Kiwanis and St. Catharines Minor Hockey. In his later years, he cruised extensively going to many places he never thought he would see with his favourite being Alaska. In keeping with Ron’s wishes, a public visitation will take place at the GEORGE DARTE FUNERAL HOME on Friday February 19th from 3-5PM please call 905-937-4444 to book your appointment for visitation. A Private family service will take place at a later date. If desired, donations may be made towards the The Kidney Foundation of Canada or the Lincoln County Humane Society.

Share Your Memory of
Ron
Upload Your Memory View All Memories
Be the first to upload a memory!
Share A Memory
Send Flowers