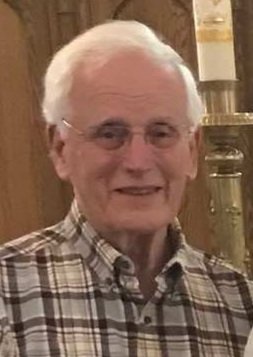 It is with great sadness we announce the passing of Thomas Frederick Davies. Born in Liverpool, England on the 9th of January 1933, he leaves behind his wife Kathleen of 64 years and 3 sons Steven, David and Michael, their spouses Orla (Morgan) Kristin (Tupper) and Susan (Shea). Grandchildren Michele, Eric (Emily Middleton), Lola, Samantha (Dylan Skubel), Stephanie and great grandchildren Jolie and Bennett. Also survived by his sister Joan Williams.

Fred (as he was known by everyone) loved his family and anything to do with cars. He was a tool maker by trade and worked at several firms in the Niagara area. He built a race car from the ground up which has been raced in Europe for several decades.

Fred had a long and healthy life until last year. The family would like to thank the team at Walker family cancer centre for the amazing treatment they gave, especially Dr. Cuthbert and nurse Marty. Also his homecare nurse Steph, without whom his family wouldn't have been able to spend the last 2 weeks with him at home. Granddad was truly thankful for that.

In keeping with Fred's wishes, cremation has taken place. Arrangements have been entrusted to the GEORGE DARTE FUNERAL HOME 585 Carlton Street St. Catharines, ON

In lieu of flowers, the family has asked that donations be made to the Salvation Army.