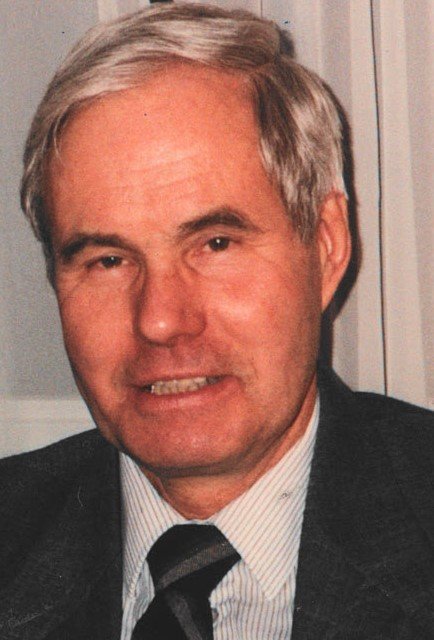 Maurice Albert Gomme January 27, 1929 - January 10, 2021 - died in St. Catharines. Survived by his wife Marilyn, and sons Paul (Tatyana) and Andrew (Anne) and grandchildren, Kaitlyn, Morgan, Oscar and Troy. Maurice is survived by his brother Russell and is predeceased by his twin sister, Marion Argue of Belleville, his brother, Edwin Arthur, and sisters Ruth and Evelyn, both of whom died in October 1927. Maurice worked in various capacities for Canada Trust for over thirty-eight years retiring in 1987. For many years he was a member of the Rotary Club of St. Catharines and three times a recipient of the Paul Harris award. Maurice was a Past President of the St. Catharines Chamber of Commerce and of Pathstone Mental Health from which he received the Hope Award. He was also a former Warden of St. Thomas' Anglican Church. He was the author of a book "The Street Names of St. Catharines". Donations in Maurice's memory may, if so desired, be made to Pathstone Mental Health Foundation. The Gomme family will be having a private memorial at GEORGE DARTE FUNERAL CHAPEL, 585 Carlton St., St. Catharines on Friday January 15th 2021. The memorial service will be livestreamed at 11:00am for those unable to attend. Please click on the link provided below.

Share Your Memory of
Maurice
Upload Your Memory View All Memories
Be the first to upload a memory!
Share A Memory
Plant a Tree