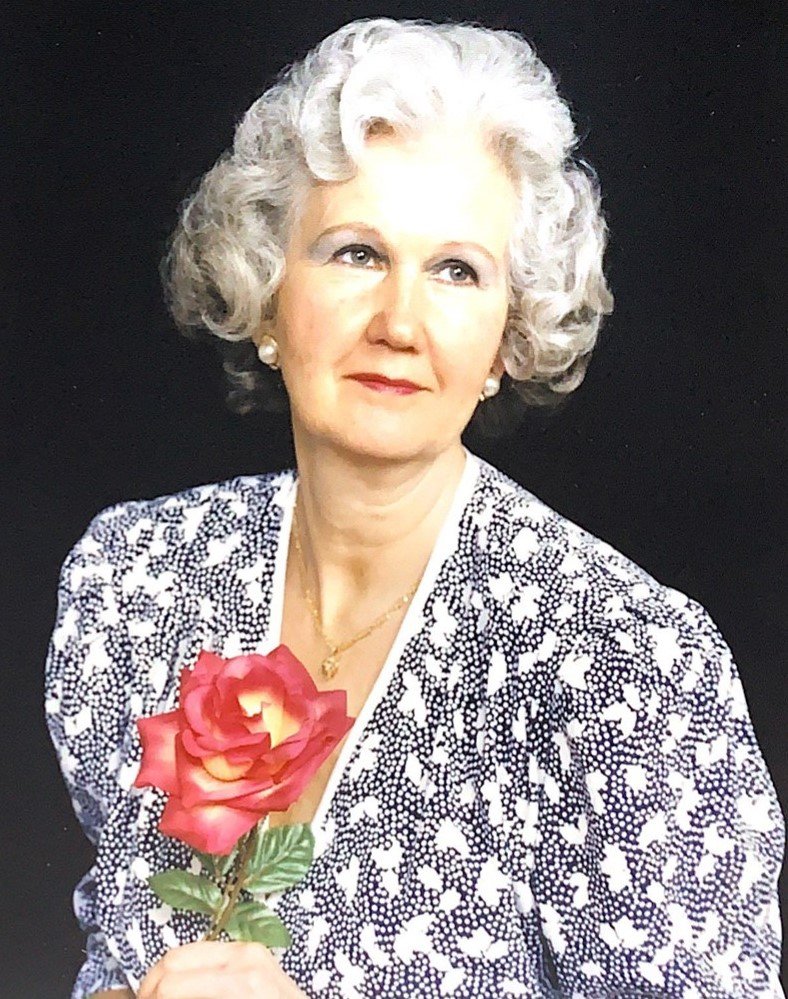 After one last visit with her loved ones, Irena Gatowski (née Świryd) passed away peacefully in her sleep on November 22 at the age of 87. A longtime resident of Nanaimo, British Columbia, Irena had recently made the move back to the Niagara region, where she had raised her family.

Irena was born on April 5, 1933 in Brześć-nad-Bugiem, Poland (now Belarus) to Pawel and Maria Świryd. For a short period of time she and her older brother, Witold, enjoyed a peaceful childhood with their parents in Wołczyn, where her father was commandant of the local police station. But the Świryds faced trauma and tragedy as the Second World War erupted in their homeland. After her father was captured and among the 22,000 executed on Stalin’s order in the Katyn Massacre, Irena and her family were seized by the Soviets and deported to Siberia. Through perseverance, hope, and unwavering faith, Irena, Witold, and their mother survived starvation and harsh living conditions and eventually found refuge in Palestine. After the war, they emigrated to England, where Maria married Zbigniew Alimurka and gave birth to a daughter, Krystyna, in May, 1949. Two years later, the family was bound for Canada aboard the steamship, Canberra. They eventually settled on a farm they purchased in Wellandport. Not long after her arrival in Canada, Irena married Edmund Charlinski and they raised three sons in St. Catharines.

Later in her life, Irena was awarded the Siberian Exiles Cross by the Polish Government in recognition of her strength and resilience in the face of adversity.

Despite leaving her homeland at the age of eight, Irena never forgot her Polish heritage, thanks in part to her teachers in Palestine and England. She remained true to her language and happily shared a history lesson with anyone who showed interest. Best of all, she fed her family and friends from a vast menu of delicious Polish foods, and gave many pierogi-making lessons to her grandchildren.

Irena loved to entertain and have a good time with friends. She and Edmund hosted many parties at their home on Vine Street over the years, and there was always music, dancing, and lots of laughter through the night. An avid gardener, she enjoyed tending to flower beds and vegetable gardens throughout the seasons. Irena also had the travel bug, criss-crossing the globe and delighting in the people and places that greeted her over the years.

Always quick to lend a hand, Irena was a dedicated member of the Royal Canadian Polish Legion 418 Ladies Auxiliary, serving her community for many long years. She was also strong in her faith and was a loyal parishioner at her church in St. Catharines and later in Nanaimo. More than anything, Irena was a loving and devoted mother to her sons Chris, Adam, and Mark and raised them with a gentle hand and a full heart.

Irena found happiness the second time around in her marriage to Anthony Gatowski and her new life with him in Nanaimo, British Columbia. Over the years, they welcomed many visitors to their lovely home, but by far their happiest moments were with their children and grandchildren.

Irena will be greatly missed by her sons Chris (Marisa), Adam (Hong Wei), Mark (Jhan), and her stepdaughter, Sophie. She is cherished Babcia to Stephanie (Rob), Tristan, Samantha, Ryan, Addison, Sequoia and Jasper. Beloved sister of Krystyna and aunt to Cameron and Tamara. She will also be fondly remembered by her nephew John Borysewicz, and nieces Anna Pierroz, Renata Strickland, Eva Riddel, and Yvonne Szuty and their families.

Our hearts feel the ache of her loss, but our memories are rich with her love.

Memorial donations may be made to the Heart and Stroke Foundation.

As per the Province of Ontario Covid-19 regulations - visitation is limited to 30% building capacity. Funeral attendance is limited to 100 guests.  All guests attending the visitation or funeral must wear a mask and must call in to make an appointment (905) 937 4444

Today we honour our beloved mother and babcia, Irena Gatowski.

Irena was born on April 5, 1933 in the town of Brzesc-nad-Bugiem in Eastern Poland. Her life began happily with her older brother Witold and her mother, Maria and father, Pawel Swiryd. When she was a few years old, the family moved to the village of Wolczyn where her father was posted as commandant of the police detachment.

Then the war broke out, and their lives were changed forever.

Irena’s father was captured by Soviet forces while enroute to join the Polish Army mobilizing at the Romanian border. He was later executed along with 22,000 other soldiers and civilians on Stalin’s order in what became known as the Katyn Massacre. The family would not learn of his fate until years later.

In June of 1941, Irena’s family was awoken in the night by the Soviet secret police. They were declared enemies of the state and were forced from their home. The Swiryds were put on a freight train and deported to Siberia, where they endured starvation and harsh living conditions. It was a combination of determination, faith, hope and love for each other that helped them survive.

Eventually as the tides of war turned, Irena’s family was released and they migrated to Palestine, where they stayed until the end of the war. The family then journeyed to England, where Irena attended Grendon Hall, a boarding school for teen girls. Irena’s mother married Zbigniew Alimurka and they had a daughter, Krystyna.

Despite being torn from her homeland as a child, Irena stayed true to her Polish language and heritage and taught us our proud history. Later in life, she was awarded the Siberian Exile Cross by the Polish Government in recognition of her prevailing spirit in the face of adversity.

In 1951, Irena and her family made the journey to Canada aboard the ship, Canberra. They looked forward to a new life in their adopted country, a chance to start fresh in peace after the tragedy of war.

Together they pooled their resources and purchased a farm in Wellandport. Not long after, my mother met Edmund Charlinski and they married and brought their three sons, Chris, Adam and Mark into the world.

Mom was a loving wife and mother who took great care of her family. She was an active member of her community and church. For decades, she was a member of the Ladies Auxiliary of the Royal Canadian Polish Legion 418, serving her community in many ways. Despite her tragic childhood, Irena was always smiling and took great pleasure in many of life’s blessings. She enjoyed hosting gatherings of family and friends, preparing delicious meals and sharing stories and laughs. She loved to travel and learn about other cultures and histories. An avid gardener, she enjoyed quiet moments tending to her plants and flowers. Most of all, Mom enjoyed watching her family grow.

In 1995 she made the move to Nanaimo, British Columbia to join her new husband, Anthony Gatowski, where they enjoyed more than 20 years together. She also gained a daughter, Sophie.

She loved being a babcia to her seven grandchildren: Stephanie, Ryan, and Addison, Tristan and Samantha, and Sequoia and Jasper - and we know she would have loved to meet her future great-grandson. We have so many happy memories of visiting Babcia and Dzia Dzia and sharing so many good times.

She didn’t like to dwell on the hard times, but she came to understand the importance of sharing the tragedy of her childhood with her family and wrote her memoirs so we would never forget.

My mom was a remarkable woman in every way. She was a great friend to many, a loving wife and mother, and a beloved grandmother. We wouldn’t be here without her, and our lives have been touched in so many wonderful and positive ways because of her love.

On behalf of the family, I want to thank all of you for your support in this difficult time. Special thanks to Father and Our Lady of Perpetual Help for this Mass, and to George Darte Funeral Chapel for helping us to honour our mother and celebrate a life well-lived and well-loved.

Share Your Memory of
Irena
Upload Your Memory View All Memories
Be the first to upload a memory!
Share A Memory
Send Flowers