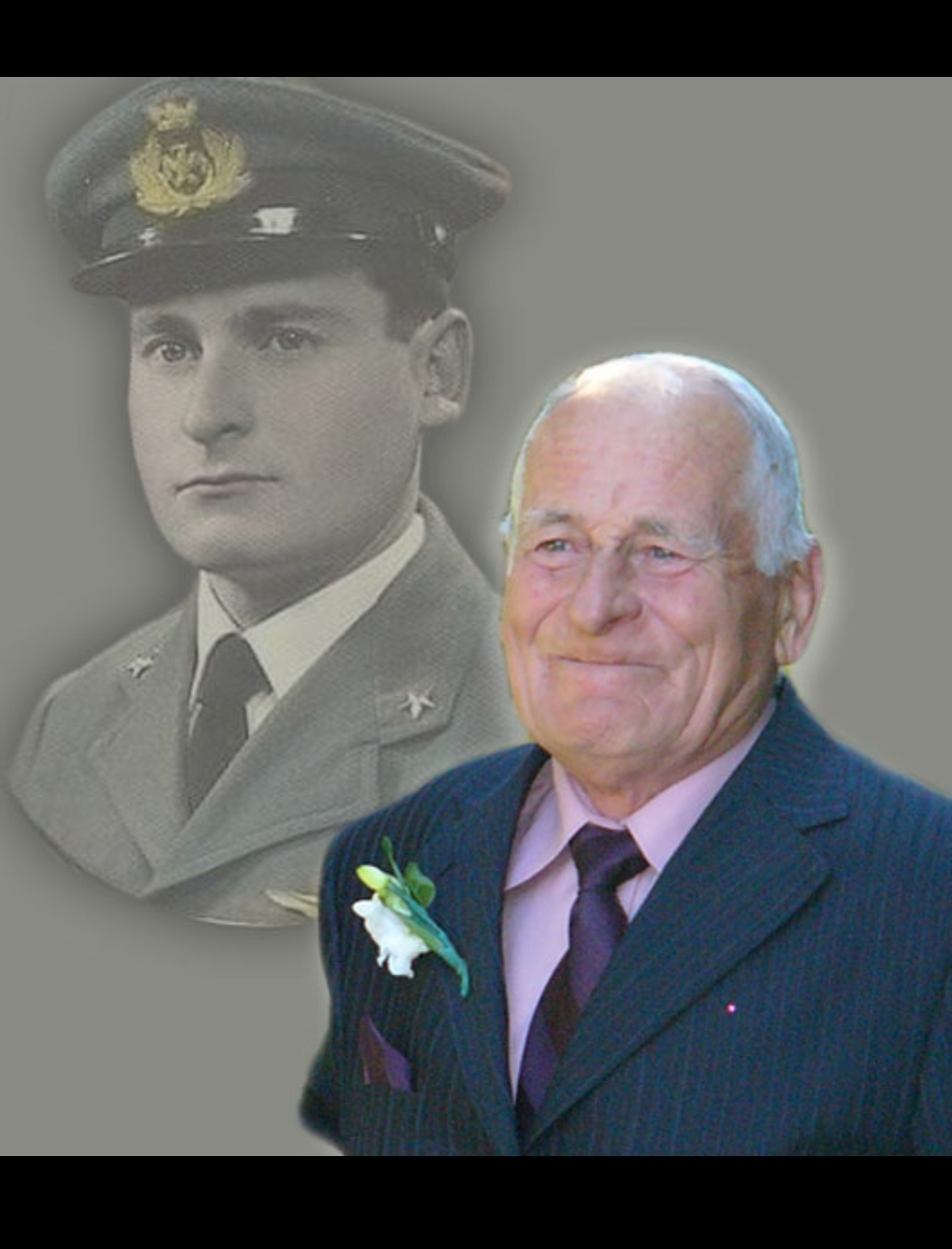 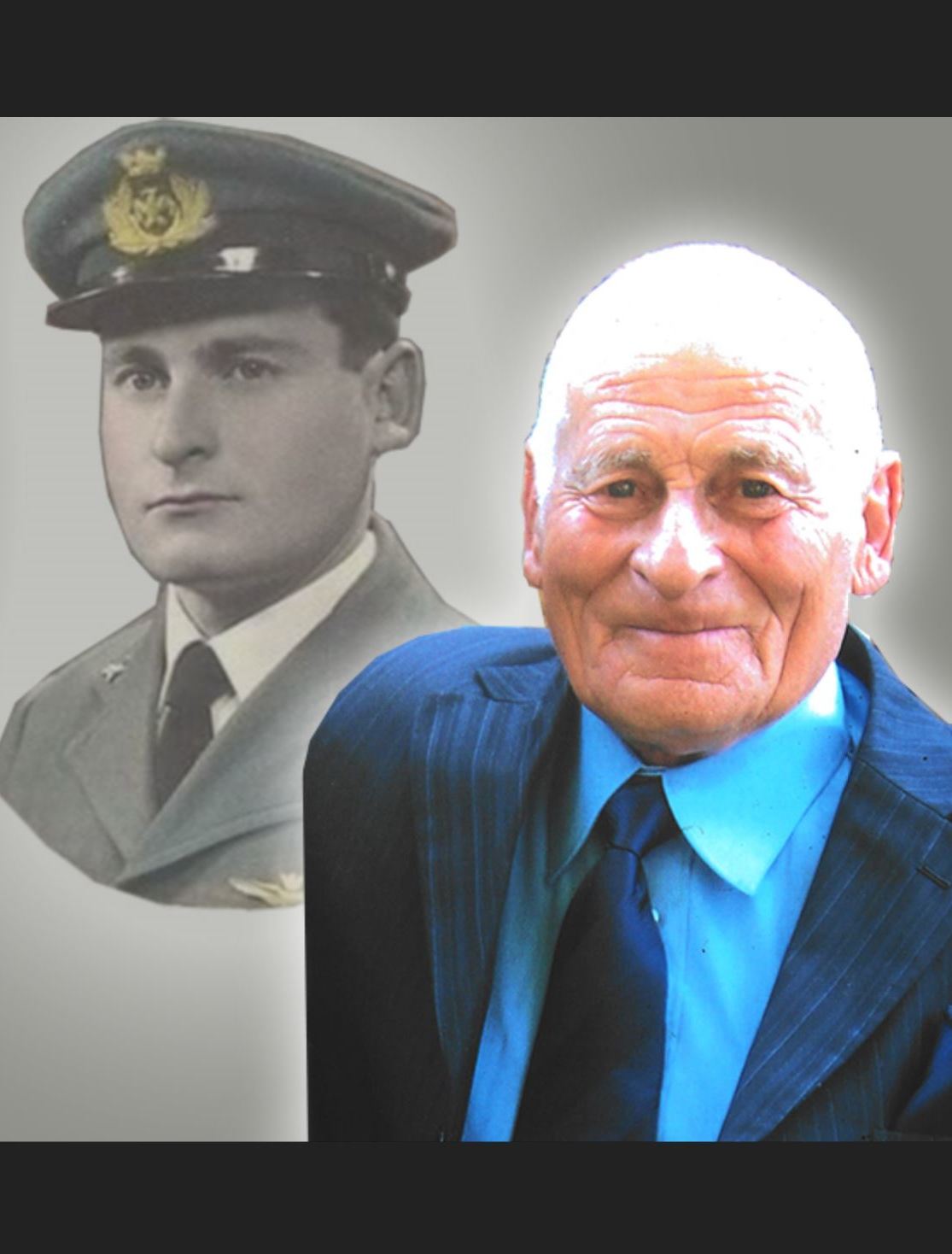 It is with heavy hearts that we announce the peaceful passing of Francesco Nicola D’Aloisio on Saturday, August 1, 2020 in his 85th year. He is survived by the love of his life Gemma "Erminia" (nee Labbiento) of almost 58 years. Devoted Papa to Giuseppe “Joe”, Maria- Rosaria (Jeff) Stevens, Gino (Joanne), Gerardo “Gerry” (Roselyn) and the late Nicola (1963). Proud Nonno of Nicholas (Alison) Stevens, Christopher, Justin, Sarah Stevens, Maxwell, Emma, Dyllan (Kristen) Gallant, Julia (Matthew) Mallais and Alex Cieszkowski. Francesco was born in Abruzzo, Italy to the late Nicola and Giuseppina. Big brother “Nino” to Titina (the late Narino) D’Angelo, Linda (the late Cristoforo) D’Amore, Floriana (the late Pino) DiSipio and Bambinella (the late Francesco) Riga. He will be dearly missed by his sister-in-law Maria Labbiento, many nieces, nephews and extended family members in Canada, Italy and Switzerland.

Francesco served in the Italian air force from the age of 21 till he was 23 and later moved to Switzerland where he met his love Gemma. He moved to Canada in 1967 with his wife and son knowing no English to start a new life. This is where his family grew. Francesco worked at Port Weller Dry Docks for many years. Once he retired, he enjoyed tending to his vegetable garden or always finding new projects around the house. He always wanted to be busy, but when it came to spending time with his family, they would be his priority. Whether it was a family gathering, family bocce tournaments or spending time with his grandchildren, he was always there. The more the family grew, the happier and prouder he was. Always with a smile on his face, he was just a genuinely happy person. Francesco was strong in his faith serving on the Our Lady of Mount Carmel and Our Lady Delle Grazie feasts as well as an Usher at St. Alfred Church.

The family would like to thank Dr. Wasserman, Dr. Yu, Dr. Mitar, Stacy at LHIN, his PSW’s, nurses especially Barb and Rowena for all their dedication and going above and beyond. Visitation will be held at the GEORGE DARTE FUNERAL HOME, 585 Carlton St., St. Catharines, on Wednesday, August 5 2020 from 2-4 p.m. and 7-9 p.m. with Vigil Prayers at 3 p.m. Funeral Mass will be held at St. Alfred Church, 272 Vine St., St. Catharines on Thursday, August 6, 2020 at 11 a.m. Entombment will follow at Victoria Lawn Cemetery. Memorial donations may be made to the Walker Family Cancer Centre or the Lung Association in Francesco’s name.

Francesco was born in Abruzzo, Italy on December 28, 1935. At the age of 21 he served his time in the Italian Air Force and later moved to Switzerland where he met the love of his life, Gemma, or as he always called her, “Erminia”. In 1967, despite knowing no English, they took their young son Joe and moved to Canada to better their life, and this is where his family grew. The more the family grew the happier he was as Maria came along followed by Gino and then Gerry.

He gained employment at Port Weller Dry Docks and worked there until retiring 20 years ago. It wasn’t uncommon for him to put in his shift at Port Weller and then come home and after supper tend to his vegetable garden until the sun went down. And even then, if something in the house needed fixing, he would work on that when he was done in the garden. The only things that would take him away from his work were his family and his church. He served as an usher here at St Alfred’s and also was part of several committees. He never missed a family get together and his favourite time of year was always Christmas when he knew the entire D’Aloisio clan would be getting together, especially once the grandchildren started coming along. And as a side note…both Pa and I didn’t want to play in the annual Canada Day Bocce Tournament when we had the party down at Gino’s a couple years ago. Gino convinced us to play so the bracket would be even…and we cruised through the entire field and were the Champs that year, a title we still hold.

On a personal note, in the 33 years since I entered the D’Aloisio family I have a few memories of my own. When I first met Maria and it was time to meet her parents, I was terrified. I’d always heard that Italian parents were strict, especially when it came to their daughters. I had nothing going for me – I was a mangia cake, I wasn’t Catholic… I couldn’t have been more wrong…he met me with a huge smile and a firm handshake and was always welcoming whenever I came to pick Maria up. Once he knew I wasn’t going anywhere and would be sticking around, one of the most satisfying moments I recall is when he one day opened the door and when I came in he gave me a big kiss on the cheek, and said “Jeff, my son, I lova you!” From that day on Ma & Pa always treated me like their fifth son, and when I asked Maria to marry me, he didn’t care that I wasn’t Italian, or that I wasn’t Catholic….all he cared about was that his daughter loved me and that I loved her back and would take care of her. Through the years Pa and I had an unwritten rule – whenever I was in his home, I would try to speak as much Italian as I could and when he was at our place he tried to speak as much English as he could…and it worked for us. We never had a problem having a conversation and Pa always asked me…”You work today?” I don’t KNOW if it was Pa’s life philosophy or not, but over time I always think he meant to ask that, because if I was working, I was providing for my family. If I was providing for my family, then they were happy…and if they were happy…then I should be as well…I DO KNOW that is how he lived.

I could go on and tell you so many stories that showed what a terrific, loving soul Pa was…but you are all here, and if so, you knew him so you don’t need me to tell you that. I’d just like to offer a few words of comfort to all of us gathered here today.

To Pa’s Grandchildren…Vinnie, Christopher, Justin, Sarah, Max, Emma, Dylan & Kristen and Julia and Matt and Alex. Just know that your Nonno, loved each and every one of you unconditionally. He truly loved having you around…and if you guys weren’t available, look out as he’d more than likely “adopt” your pets as his own. Sarah, I know that when the pandemic first started, you moved in with Nonno and Nonna and lived there for a good three months. As your father, I can say I am extremely proud of you as I know that you being there provided Nonno with a measure of comfort all that time. In fact, your mother was always Daddy’s Little Girl, but you just might have given her a run for her money.

To the rest of us…we are all sad today because we know that from this day on, we will have to continue to live our lives as Pa would want us to, but without him there to guide us. However we are all happy for him as he is most definitely in the place that his bible and his church promised him for living the life he did, the way he did. But in reality…he isn’t really gone… I can honestly say, that I see something Pa left behind in ALL of you.

MA – I know you will hurt for some time to come…but please know that you helped to make Pa the man he was and probably moreso than anyone else on this planet. He was the love of your life, your best friend, the man who put the biggest smile on your face. You did EVERYTHING together and showed your family what the words “til death do us part” really mean.

JOE – In you I see Pa’s quiet reflectiveness. He was a quiet person who didn’t get himself involved in too many trivial things, or gossip or anything negative at all. He’d rather be off by himself watching tv in the front room or sitting outside.

GINO – In you I see Pa when he did actually show excitement. His happiness was always a given, and you are generally a happy person…but NO ONE got more animated at Christmas, birthdays and any and all reasons for the family to get together. Whether you realize it or not, that is a great quality that I see in you and it could only have come from Pa.

GERRY – Pa was an electrician in Italy who liked to tinker with things, and you are a guy who liked to tinker with things, and became an electrician. The greatest quality I always saw in Pa was his love of children and animals. Whether it was the grandkids, neighbour’s kids, whether it was Champagne, Snickers, Scotty, Ace, Yoshi or Dolly…both children and animals gravitated to Pa. You also have that gift…please don’t ever lose it.

ROSE – the love of my life. You are organized, loving, diligent, and a fighter, just like Pa. These last couple of years showed how tough Pa really was, and from the very beginning you were just as tough. Making appointments, organizing rides to and from the doctor or the hospital, making sure to get his results and staying on top of things. Pa put up one helluva fight, and just know that he fought hard because he knew that he had you in his corner. As I’ve already mentioned…Pa was rarely if ever seen without a smile on his face, but just know that one of the biggest smiles I ever saw on that man’s face in the 33 years I knew him, was the day he walked my beautiful bride, YOU, down that very aisle on our wedding day 29 years ago.

The only time he had a bigger smile was all the times he had his entire family together around him. For some strange reason, I seemed to luck out and my place at the family dinner table on most occasions was right beside Pa at the head of the table. Over the years I watched, and Pa was never the loudest guy at the table, or didn’t hog the spotlight, but he certainly had the biggest smile on his face as he watched his growing family in action.

Pa – it was a complete honour to have known you and be your son-in-law. You led by example and showed your family, your friends and your church just exactly what a full life well lived should look like. In your recent battle you fought hard, you fought well, but the battle is over and you have earned the right to rest in peace.

Share Your Memory of
Francesco
Upload Your Memory View All Memories
Be the first to upload a memory!
Share A Memory
Send Flowers