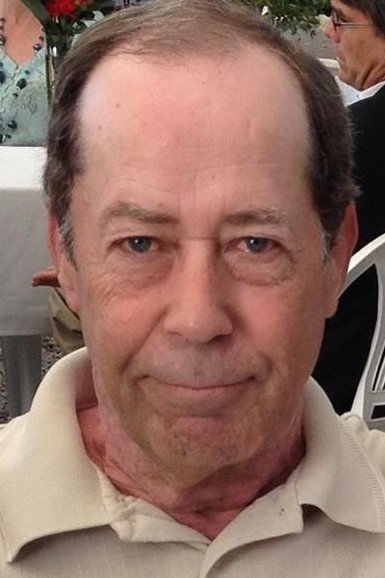 "It is with heavy hearts that we announce the passing of Terry Douglas on Thursday, May 7, 2020. Terry was one of a kind. His wit, humour and selflessness will forever be remembered by his father George, his sons Mike (Janice) and Dan (Danielle), his many brothers/sisters-in law and an army of nieces/nephews who will never forget the sound of his laugh (or the taste if his famous clams). He will also be remembered by a generation of hockey players who were coached by Terry in the St. Catharines Legion and Kiwanis. Giving his time to coaching was an early example of Terry's "put others before yourself" attitude that he proudly carried into his final days. Terry is joining his wife Dianne, his brother Kelly, his mother Eileen, his brother-in-law Tom and his father-in-law Jim, where he will undoubtably be cooking on the BBQ and making the drinks. Arrangements have been entrusted to GEORGE DARTE FUNERAL HOME, 585 Carlton St. St. Catharines. At his request, cremation has taken place and a private family celebration will be held. In lieu of flowers, donations can be made in his honour to the Walker Family Cancer Clinic, McNally House or Wellspring Niagara. "

Share Your Memory of
Terry
Upload Your Memory View All Memories
Be the first to upload a memory!
Share A Memory
Plant a Tree