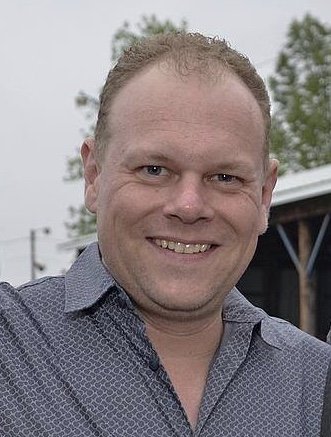 We are devastated to announce the sudden and unexpected passing of Scott on August 25, 2019 at the age of 44. He will be greatly missed by his mother Millie (Tom) Townsley, his sister Lisa (Chris) Lewis, and his brothers Brent (Jo Anne) Smith, Blair (Terry) Smith, Dwayne (Catherine) Townsley, and Troy (Sherri) Townsley. Uncle Scotty was adored by Jacob, Avery, Isaac, Becket, Chris, Alexandra, Danielle, Jackson, Grace, Luke, Kelsey and Kiera. Our family takes comfort in knowing Scott is reunited with predeceased family members including his father Ronald Robbins, his other mother Patricia Robbins, and his brother Jeremy (Aynsley) Townsley.

Scott was a kind hearted man with a unique sense of humour and compelling charm which inspired others. He had the ability to put a smile on your face in the most difficult of times. Scott was a hard-working man and enjoyed his job taking care of residents and their families at Linhaven. Scott’s most recent and hugely satisfying accomplishment was completion of the Registered Practical Nurse program at Niagara College. Scott touched the lives and will be missed by so many including family, friends, coworkers, and of course his little feline buddy, Gordon.

Cremation has taken place and visitation will be held at the GEORGE DARTE FUNERAL HOME, 585 Carlton St., St. Catharines on Thursday, August 29, 2019 from 1-3 p.m. and 5-7 p.m. followed by a Celebration of Life at 7 p.m. in the funeral home. Donations may be made to Linhaven or Special Olympics Ontario.

Share Your Memory of
Scott
Upload Your Memory View All Memories
Be the first to upload a memory!
Share A Memory
Send Flowers