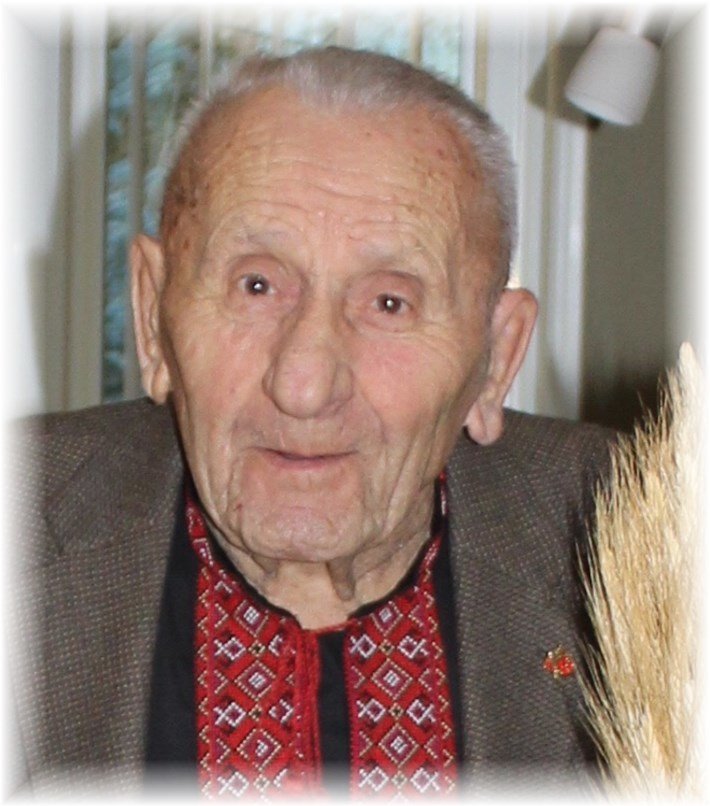 It is with heavy hearts that the family wishes to announce the peaceful passing of our father and grandfather, Peter 'Pete' Kebalo in his 98th year.  Tato was predeceased by his loving wife of over 61 years, Anastasia 'Nettie', his brother George and five other siblings in Sucho Volya, Ukraine.  He was much loved by son Andrew (Mary) and daughter Mary (Ken Plata).  A devoted Dido to Gregory (Lauren), Leanne (Curtis McIntyre), Christine (Jason), Jonathan and Andrew.  Peter will be fondly remembered by extended family in Ukraine and Winnipeg but more importantly by the close knit family of the community of Sts. Cyril and Methodius Ukrainian Catholic Church in St. Catharines where he and Nettie raised their family and built a life together.  Both Nettie and Peter were born in Sucho Volya, Ukraine but the war interrupted their lives and they were each forced to leave their families in search of freedom and a better life.  Peter began the Canadian chapter of his story in Winnipeg, Manitoba with his brother George.  It was in Winnipeg that he met Nettie again and romance blossomed.  They were married and set out, once again, to find a better life together.  St. Catharines was booming with opportunity and Peter started out with Massey Ferguson before moving on to W.S. Tyler where he made many life long friends and was able to happily retire!  Retirement brought him ample time to continue his love of gardening, maintaining not only his own garden but ensuring that the gardens of his children were properly planted and prospering.  He spent time spoiling his grandchildren and following their many accomplishments in school, sports, the arts and even, eventually, their careers!

The family wishes to thank the doctors, nurses and staff at West Lincoln Memorial for making Tato's final months as comfortable as possible and especially Nurse Michael for Tato's final hours.  Peter was able to share the last 17 years in the home of his devoted son Andrew, daughter in law Mary, and grandchildren Christine and Andrew.

Family and friends will be received at the George Darte Funeral Chapel, 585 Carlton Street on Tuesday, July 9th from 6 until 9 p.m. with Panachyda at 7:00 p.m.  Divine Liturgy at Sts. Cyril and Methodius Church on Wednesday, July 10th at 10:30 a.m. with burial to follow at Victoria Lawn Cemetery.  In lieu of flowers, donations to the Sts. Cyril and Methodius Ukrainian Catholic Church Building Fund or a charity of your choice would be appreciated.

Share Your Memory of
Peter
Upload Your Memory View All Memories
Be the first to upload a memory!
Share A Memory
Send Flowers