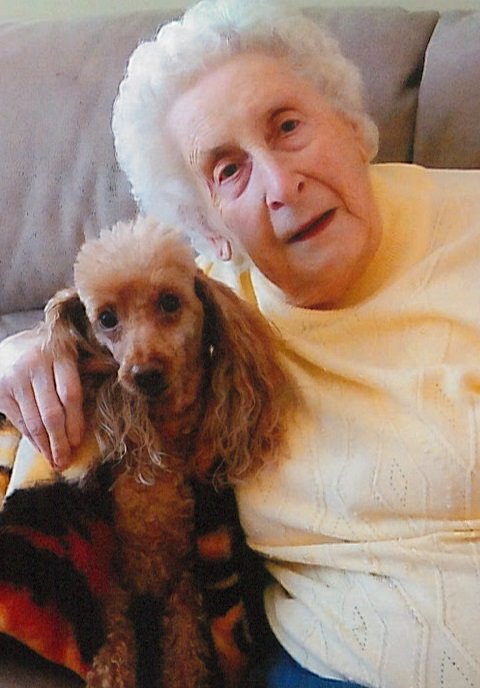 With sadness we announce the passing of Fay at the St. Catharines General Hospital in the early morning of Monday, June 3, 2019 following a brief illness that she fought with courage. Fay was predeceased by her parents Harry and Estelle Franklin and her sister Betty (née Franklin) Norton (2013). She will be missed by Brandy, her beloved dog. Survived by her only nephew Michael Fortin (Colleen) and his children Alanis and Blair. Dear cousin of Ben and Bonnie Bader and Tim Tufford. Since 2000 she and her sister have belonged to the Evergreen Singers in Niagara-On-The-Lake. Royal Scottish Country Dancing Society Teacher and Dancer (St. Catharines) and Thistle Group. Fay worked in Niagara Falls for 50 years for Cunningham Lindsay Insurance as Secretary. Many thanks to Rini Straver (her neighbour), Frank and Esther Giesbrecht.

Memorial Service will be held in the Ceremony Room of the Funeral Home at 11:00 a.m.

Private inurnment will be held at the Mount Osborne Cemetery in Beamsville.

If desired, memorial donations may be made to a charity of choice would be appreciated by the family.

Share Your Memory of
Fay
Upload Your Memory View All Memories
Be the first to upload a memory!
Share A Memory
Send Flowers