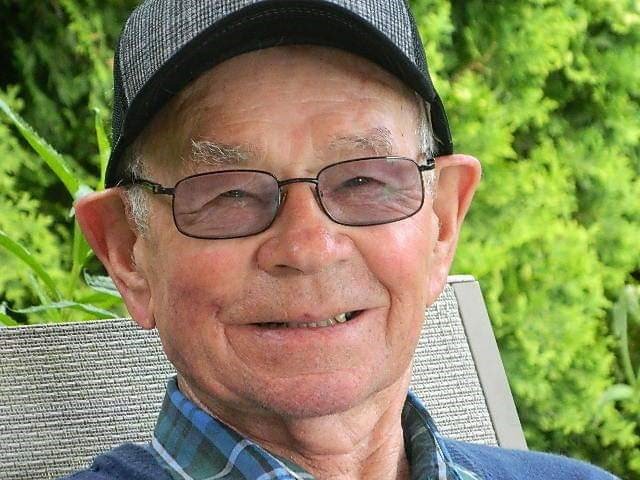 URYSZ, Stanislaw - The family is sad to announce that our beloved father, grandfather and husband, Stan Urysz, passed away May 7, 2019 at the Greater Niagara General Hospital in his 90th year. Stanley is survived by the love of his life and wife of 62 years, Kazimiera Urysz, his cherished daughters Jane Matthews (Doug) and Lydia Hoffman. He leaves behind his beloved grandchildren, Gregory (Xandy), Noah, Kennedy, Kristin (Chad), Greg (Samantha) and Nicole (Dave), as well as many great grandchildren and several nieces, nephews and extended family in Canada, Poland and the U.K.  Predeceased by two grandsons, Parker (1996) and Jeffrey (2013). Also predeceased by three sisters and three brothers. He will be sadly missed by his faithful best fur friend, Nora. Stanley immigrated to Canada from Poland in 1961. He was a long time employee of General Motors and a fruit farmer which was his passion in life. He took great pride in growing what he thought were the biggest and juiciest peaches in the Niagara Peninsula. He lived for his family.  His love for people, his sense of humour and gentle manner made him loved by everyone whose paths he crossed. Stan was a proud and longstanding member of the Polish Combatant's Association. The family will receive visitors at the GEORGE DARTE FUNERAL HOME, 585 Carlton Street, St. Catharines on Friday, May 10th from 2-4p.m. & 7-9p.m. Vigil Prayers will take place on Friday at 7:30p.m. in the funeral home. Funeral Mass will take place at Our Lady of Perpetual Help Church, 5 Oblate Street, St. Catharines on Saturday, May 11th at 10a.m. Burial at Niagara Lakeshore to follow.  In Stan's Memory, donations to the Alzheimer Society would be appreciated by the family.

Share Your Memory of
Stanley
Upload Your Memory View All Memories
Be the first to upload a memory!
Share A Memory
Send Flowers