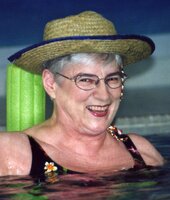 Anyone unable to attend the Ceremony can view the Livestream by clicking on the following link on Tuesday at Ceremony Time    https://youtu.be/SPw-HvkwhBY

It is with great sadness that the family of Marian Lott (nee Akey) announce her passing on Saturday, October 1, 2022, at Greater Niagara General Hospital in Niagara Falls, Ontario. Marian will be deeply missed by her loving husband of almost 63 years, Edward (Ted) Lott, of St. Catharines, Ontario, who was by her side when she passed. She is lovingly remembered by her adored daughters, Melissa Lott (Chris Berstling) of Thorold, Ontario, and Sarah Noble (Steve Noble) of Mississauga, Ontario, by her precious granddaughter Marissa and grandcats Avalon and Buddy, by her treasured sister, Joan Richards (George Richards) of Sparta, New Jersey, her beloved nieces and nephew, and by many other family members and close friends. Marian is predeceased by her dear father, James Robert Orville Akey, and her mother, Hilda Marion Akey, both of St. Catharines, Ontario.

Marian was a lifelong resident of the Niagara Peninsula. She grew up in St. Catharines, where she was a proud member of the cheerleading squad at the St. Catharines Collegiate.  A bookkeeper by profession, she happily stepped away from her work duties to be a stay-at-home mom to her daughters and her cherished Scottie Dog, Maggie. She was a loving, devoted wife and mother, making her family the centre of her universe. Once her children were grown, she was able to rediscover her passion for bookkeeping and spent close to 2 decades working for Sullivan Mahoney LLP in St. Catharines. She was tremendously proud of her work and adored her colleagues, whom she considered like a second family. In retirement, she and Ted moved to Niagara Falls, lucking into a neighbourhood where they were surrounded by caring and kind-hearted neighbours. The arrival of her precious granddaughter was a source of utter joy, and she relished every moment they were able to spend together, wearing her title of “Grammy” like a badge of honour. She spent leisure time going to concerts and theatre productions and was an avid supporter of local hockey and baseball teams until mobility issues made it difficult for her to attend. A woman of faith, in her later years she became involved with the Salvation Army’s Niagara Street Citadel, which brought her a great sense of meaning, belonging and fellowship.

Marian radiated love and warmth, making friends wherever she went. She took a genuine interest in every person she met and was devoted to those she loved. She had a great sense of fun and a zest for life, creating decades of special memories that her loving family, friends, colleagues and neighbours will now cherish. She will be deeply missed by all who knew her.

The family will receive visitors at the GEORGE DARTE FUNERAL HOME, 585 Carlton  Street, St. Catharines on Tuesday, October 11th from 10  to 11 a.m. Funeral Service will follow at 11 a.m. on Tuesday in the Funeral Home Ceremony Room. In lieu of flowers, donations can be made to the Heart and Stroke Foundation and the Salvation Army.