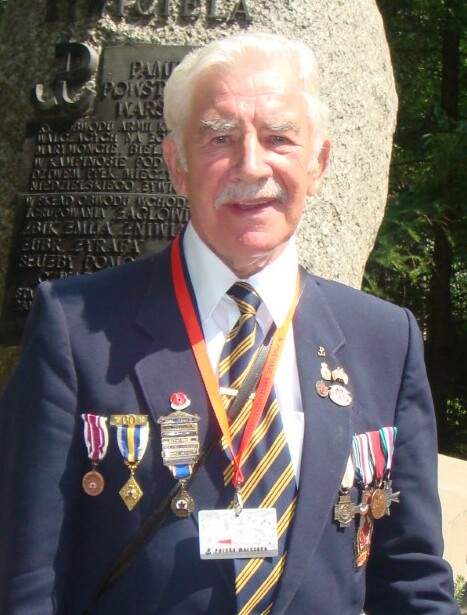 It is with broken hearts that we share the passing of John (Janusz) Lubanski in his 97th year on Wednesday, June 1, 2022 at Albright Manor, Beamsville, with his daughter Regina and son-in-law Dan by his side. He leaves behind to mourn, his beloved wife of over 70 years, Stasia, his loving children Terri (Al Holody), Roman (Fern Duarte) and Regina Szymanski (Dan), grandchildren Erik Holody (Julie Bergeron), Stasia Hrynyk (Chris), Diana and Jon Lubanski (Laura Lysecki), Alana and Peter Szymanski (Shelby) and great grandchildren Xavier Holody, Calvin and Ada Lubanski and baby-girl-to-be Szymanski. Also survived by sister-in-law Flora Kazimowicz (Joseph d.) and their children, as well as family in Canada and Poland. Predeceased by his mother-in-law, Petronela Kazimowicz. He was devoted to and proud of us all. One of three sons, John was born in Poland, on October 22, 1925 to Josef and Krystyna Lubanski. As the Nazis invaded in September 1939, John was attending school in Warsaw. A proud 14-year-old patriot, he promptly joined the resistance under the code name czar. In the summer of 1944, he bravely fought in the Warsaw Uprising, until his capture by the Nazis in October. He was a prisoner of Stalag 11a until his liberation in May 1945. He made his way across Europe, joining the second Polish Corps Warsaw armored division in Loretto, Italy in the fall of 1945. When the Yalta conference betrayed Poland to the communists the freedom fighting John did not return to his beloved Poland. Rather, he joined the British army, served in the Middle East and made his way to England. Where he met and married Stasia. Together with their two oldest children he immigrated to St. Catharines in 1957. Despite such early hardships and loss, he made a wonderful life for his family. He worked as a supervisor at Lord & Burnham for over 30 years. He served his faith, as a lector and usher at Our Lady of Perpetual Help Church, was on the executive of the Royal Canadian Legion Br. 418, visited the sick and was catering manager for many years. He loved people and socialized wherever he went. Above all he loved his family. He was never happier than when we were all gathered together. He was always there to lend a helping hand and with great skill he repaired and renovated children’s homes and those of friends and family as well. He tirelessly played chauffeur and was an avid supporter of all our extracurricular activities. He was a dedicated Leafs fan (the bums) and proud to be a Canadian of Polish heritage. He leaves us a legacy of faith, patriotism, volunteerism, perseverance and above all the importance of treasuring family and friends. He will be missed by all who knew him. On behalf of John, we would like to extend our heartfelt thanks to the staff of Albright 3NE for their love, respect and care.

In keeping with the family’s wishes, a visitation from 10:00-11:00am Tuesday, June 14, 2022 at George Darte Funeral Home, 585 Carlton St., St. Catharines. A Funeral at our Lady of Perpetual Help Church with a reception to celebrate John’s life to follow.  In lieu of flowers, memorial donations can be made to MSF (Doctors Without Borders) or Albright Manor staff appreciation fund.